Darlene G. Yamamoto
Soccer game
Comments Off on Why a BYU football game with a “ponytail girl” went viral in 2009 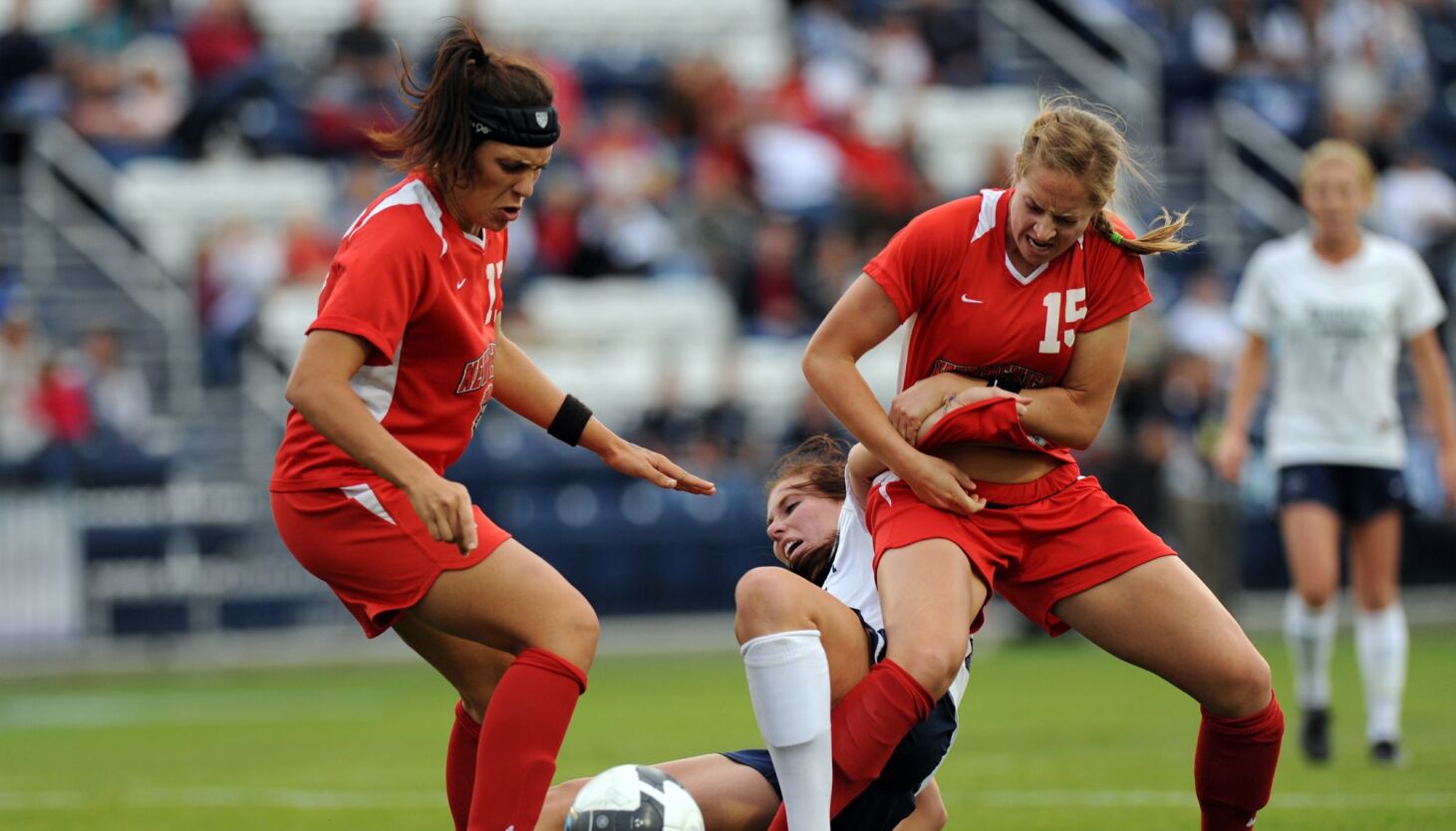 NCAA women’s soccer highlights rarely appear on national sports broadcasts, but BYU’s game with New Mexico on November 5, 2009 was held up due to on-field violence.

Videos shared on the broadcasts — then replayed over and over again on YouTube by incredulous sports fans — showed New Mexico junior Elizabeth Lambert tackling, kicking and punching her BYU opponents. She even pulled a player, Kassidy Shumway, to the ground by her ponytail.

“What started as a physical – and sometimes brutal – women’s soccer game between first seed BYU and fourth seed New Mexico in Thursday’s Mountain West Conference semifinals exploded into a national history on Friday thanks to the performance of junior Lobo defender Elizabeth Lambert,” the Deseret News reported at the time.

To be clear, Lambert wasn’t the only one playing dirty, but, in the videos of the match, she sticks out like a sore thumb. As a result, she was the subject of online petitions and Facebook pages, which called for her banning from college football.

“I think the way the video came out made me look like a freak. That’s not the kind of player I am,” Lambert told The New York Times in her first post-game interview.

She explained in the same interview that some of the comments about the match had sexist overtones.

“I really think because I’m a woman, it got a lot more attention than if a man did it,” Lambert said. “Men are more expected to come out and be rough.”

In addition to criticizing Lambert for his aggressive tactics, commentators questioned why his coach and referees did not intervene.

“How could (Joe) Pimentel, a locally renowned referee, sit idle while such appalling and deliberate foul play was occurring? He issued a yellow card in the game, for perhaps the least of the misdeeds of Lambert, a trip on (BYU’s Carlee) Payne. He took no action against Lambert’s teammate who, in that same incident, kicked the ball in Payne’s face as she touched the ground,” reported the New York Times.

Payne, who scored the only goal of the game, told the Deseret News in 2009 that both teams clearly wanted the win.

“It was a very difficult match, very physical,” she said. “They wanted it as much as we did, but we managed to score the goal.”

With the win, BYU advanced to the conference championship against San Diego State. They lost that game 1-0, according to Deseret News coverage.

Lambert was eventually suspended for two games for her behavior in the semi-final game, and she was not eligible to return to the court until the fall of 2010, according to The Associated Press.

In a 2014 article about other controversies involving New Mexico’s women’s soccer program, The Equalizer noted that Lambert’s senior season didn’t go as well as predicted before the infamous hair-pulling game.

“During her senior season, Lambert played a total of 98 minutes – the equivalent of just over a full game, while in 2009 she played in all 21 games and led her teammates in minutes played,” reported The Equalizer.