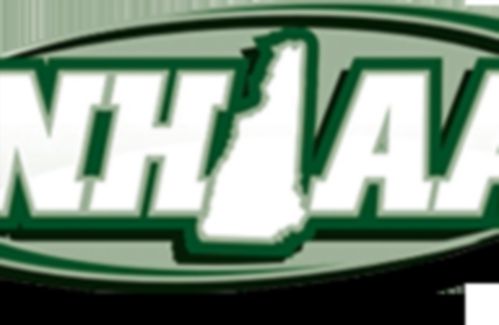 Highlights: MV took an early lead on a Coe-Brown error and held the lead until halftime. Wolf tied the game at 1-1 just two minutes into the half. Palhof had a nice pass over the Bears back line and Magoon finished it to give Pride a 1-0 lead.

Quote from the coach: “A year or two ago this would have been a game we lost, being down 1-0 so early. It’s a different team than we saw in Coe-Brown. The girls trusted each other and they put the process of playing football before the result, which ultimately took care of itself. They played one possession at a time and stuck to the game plan without hesitation, and it paid off. I couldn’t be more proud of them. MV played a really thoughtful and disciplined game. They are as good as advertised. –Josh Hils of Coe-Brown

Highlights: Stafford sent a through ball to Mussey, who fired a shot into the far corner of the net.

Quote from the coach: “Coming out fast and hard was our goal today. We seemed to be the more dominant team in the first half, but Lebanon found their rhythm in the second half. We were about to replace a lot of players to get new legs on the pitch when thunder and lightning ended the game. – John Stark’s Chris Pike

Highlights: The Hawks scored twice each half, with Card scoring on a PK in the second half.

Coach’s quote: “Both teams gave their best in the heat, where the Hawks prevailed. There was a beautiful ceremony with a new dashboard in memory of Mike Stellato of Hillsboro who passed away last year. His legacy still represents the athletic achievements of Hillsboro. I give it to the girls on both teams who endured the heat today and still played as hard as they could. – Hopkinton Head Coach Mike Zahn

Highlights: Coe-Brown trailed by one goal but scored twice to close the game. MV tied the game, 2-2, on a penalty with less than four minutes left in regulation time. Midway through the first overtime, the Bears scored to secure the win.

Coach’s quote: “Our players had the advantage as MV played yesterday which also had temps in the 90s. Back to back games like this are brutal for the players but MV were admirable and got away with it. is beaten to the end today. We generated a lot of chances throughout the game but we didn’t capitalize, leaving the door open for a very close game at the end. Anyway, our guys showed great character after dropping an early goal then getting back up after conceding a PK late in the game Our guys finished the game well in OT which was our best team play of the season so far – dynamic movement and creativity that has led to attacking opportunities, including the game-winner.- Coe-Brown’s Christian Gompert

Coach’s quote: “Lebanon played like a quality team today and have some good talent in mind. We did well at times to shut them down, but they will be a tough team in D-II. We showed moments of great play and we will continue to build on that. -Zach Shedlock of John Stark

Coach quote: “We came out flat and got punished early. Once we got the tempo, we had a big hole to go out. It was a good humbling experience for the boys, and I hope that we can use it to motivate us to be mentally stronger and be ready for games from the first whistle.—Joey Gillett of HD

Highlights: Hopkinton led 2-0 at the end of the first half and led 3-0 at the start of the second half. Mascoma didn’t enter the scoreboard until the 80th minute.

Coach quote: “A better performance tonight as the Hawks earned their first win of the season in high heat and humidity against a Mascoma team that played big and hard. Michael Pantano contributed good minutes from the back, but the player of the match was our keeper. Boissy made a number of quality saves and had a well-deserved shutout until the Hawks defensive organization crumbled in the dying seconds of the game and allowed Mascoma to go all alone on Colby to ruin the white sheet. – Scott Zipke of Hopkinton

Highlights: The Pride led 2-1 at half-time and extended the lead in the second half.

Quote from the coach: “I think the girls executed well in the circle, forcing double digit penalty corner chances. What I’m really proud of are our defensive adjustments in play. I felt we played with more patience and control in the second half, which created attacking opportunities. We are looking to bring that momentum on Friday to close out the first week. —Jen Colgan of MV

Highlights: Pembroke struck first in the first quarter, but Kennett tied at halftime. The Spartans went up again, 2-1, in the third quarter, but the Eagles tied the game to force overtime and scored in the last minute of OT.

Coach’s quote: “Last season we lost to them, 9-0, and today we came out and scored in the first quarter to take the lead. It gave us confidence that we could hang around with them. them. It was a great effort on the part of our girls and proof of how far they have come. – Steve Langevin of Pembroke

Highlights: The Tide dropped Monday’s season opener on the road at the Jaguars.

Quote from the coach: “Great first game and we can still play a bit better. I was very impressed with Sean and Eli today. Both made great rounds. – Matt Davis of Bow

Highlights: The Giants finished second in their home opener of the season at Beaver Meadow on Monday.

Quote from the coach: “Great effort from everyone in the heat, great sportsmanship from all the teams, thanks to the parents who gave their support.” – Jason Bird of Bishop Brady

Highlights: Sophomore Tate Doolan birdied a 30-footer putt on the ninth hole to shoot a career-best 47.

Coach Quote: “Passaconaway Country Club is not an easy golf course to play. With all of its dangers, we feel pretty good to come out of this with not just a win, but an improvement from our first game. –David Chase of Hopkinton

Highlights: The Kingsmen earned their first win in program history on Monday when they finished third in a four-team game hosted by Gorham.

Highlights: The Pride finished third in a four-team encounter on the MV home course.

Quote from the coach: “Samantha and Lily both had great races despite the heat. Lily ran very smartly in her first run in high school, steadily progressing throughout. The heat was definitely a factor back then, but it was a good start to the year. – Dave Irving from the MV