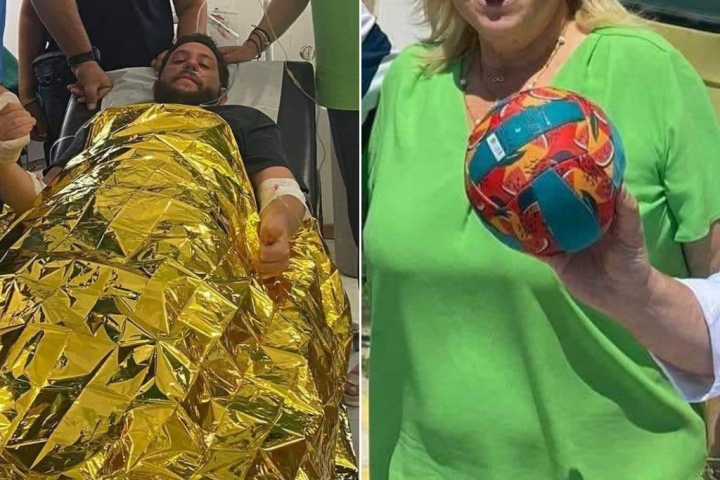 A tourist at a city in Greece has a soccer ball to thank after surviving 18 hours at sea clinging to half-deflated sports equipment.

The 30-year-old tourist, named only Ivan, was spending time at the beach in Kassandra, Greece, when a strong current swept him out to sea, reports local media.

As he drifted away, his friends tried to alert the coast guard, but it was too late, they couldn’t find him.

Luckily for Ivan, who was from North Macedonia, he was saved when he spotted a small soccer ball floating towards him and was able to hold on.

He spent 6 p.m. at sea before rescuers pulled him out of the water on Sunday, Serbian news site Telegraf reports.

Surprisingly, the ball that Ivan used to survive was attributed to two Greek children who played with the ball 10 days earlier on the Greek island of Lemnos. The children lost the ball when it ended up in the ocean and was washed away by the tides.

What is even more amazing is that the ball traveled nearly 130 kilometers at that timebefore he converges with a desperate Ivan.

According to the Romanian media Stiridiaspora, Ivan was spotted by a Greek Air Force helicopter who was looking for him and another friend, still missing.

Kassandra Mayor Anastasia Chalkia shared a photo posing with the ball alongside Ivan’s father outside of a hospital.

She also visited a recovering Ivan in the hospital.

“I had constant information on the progress of the rescue and I am very happy with the smooth ending of the young man’s adventure,” she wrote in a translated post.

She wrote that rescuers continue to search for the other missing man, Martin Jovanovski.

According to Telegraf, Martin’s brother Goran will arrive in Greece on Friday to help search for his missing brother. Goran told the outlet that he will “move earth and sky” to find his brother and “mobilize whatever is necessary.”

Several Greek Coast Guard vessels, a helicopter, as well as a ground vehicle and local volunteers are taking part in the search.