Darlene G. Yamamoto
Soccer ball
Comments Off on Thursday’s edition (that time we lost a giant soccer ball promo at halftime): What happened?

Thursday’s edition (that time we lost a giant soccer ball promo at halftime): What happened? 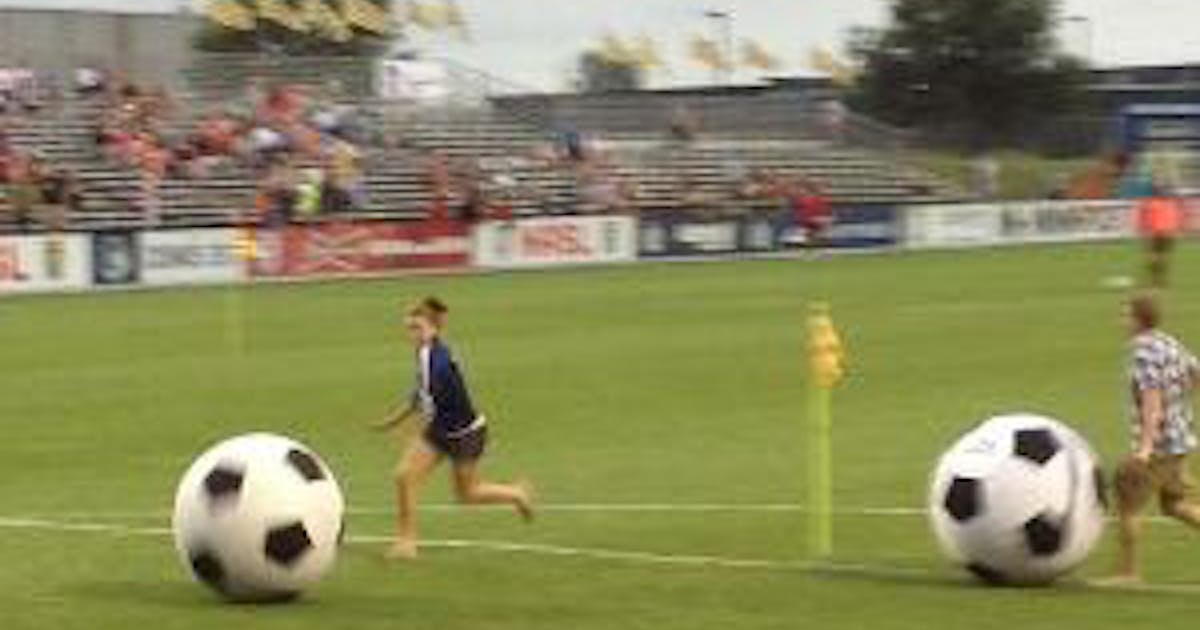 Wednesday night started with a pretty basic plan: three guys, a football game, then Footloose in the park. You know, typical guy stuff.

It turned out to be anything but routine.

We arrived at @MNStarsFC game against Fort. Lauderdale match for a 7:30 a.m. start time. As we headed to the beer garden for refreshments, a woman at the promotions table asked the three of us if we wanted to sign up to compete in the halftime competition. We are always enthusiastic about such things and signed up enthusiastically. @DanaWessela football fan who is attending his very first local professional game, has also signed up.

We have taken up residence behind the Fort. Lauderdale goal and started watching. Then about 30 minutes later there was an announcement over the PA system. “Michael Rand and [name not distinguished]”Please report for the situation at half-time. Wessel was immediately upset, but he didn’t know much…

So we went to where we needed to go, and we’re pretty sure the other contestant didn’t show up. So instead, they found a last-second replacement. We immediately had our suspicions because she was wearing a football warm-up jacket and, well, she looked like a football player. We wore canvas shoes and never played a competitive football game in our lives, unless you count a half-season of intramurals in college. She was also very nervous. She clearly didn’t want to lose. In fact, she tried to bribe us: “I’ll buy you a beer if you let me win,” she said, to which we replied, “I don’t think you’re going to have to do that to win. .”

The competition was quite simple: take a giant soccer ball in the middle of the field, dribble it around a flag, dribble it in the middle around another flag and throw it. The first wins. Chaos, however, ensues at the second flag when the two contestants theoretically meet. This happened last night, and we are here to report that our ball was WIDELY knocked down by a very fierce competitor, which we believe is not in accordance with the official rules. Luckily, there are not only still images of this amusing debacle; there is a video shot, without our knowledge, by the hero @Whitcomb:

Rand at halftime from Josh Whitcomb on Vimeo.

After the end, we found out that we were up against Katie Bethke, a former Gophers soccer player who now plays professionally in Europe. No wonder she had a deathly fear of losing to a sports journalist wearing floppy disks! Whether this knock-away constitutes cheating is most definitely in dispute (in a good-natured way, of course…it was funnier and definitely funnier because of how we lost):

@RandBall @mnstarsfc Don’t feel bad. It was out of the question for me to lose in the dribbling competition. And cheat?! Not at all #streetrules

The Stars ended up losing 2-1; the real kicker (no pun intended) is that we ended up missing Footloose because it was apparently shown earlier in the evening than planned. Upon closer examination when we got home, however, it appears they were showing the NEW version of the movie in the park instead of the classic Kevin Bacon version. All in all, we probably dodged a bullet on that one.