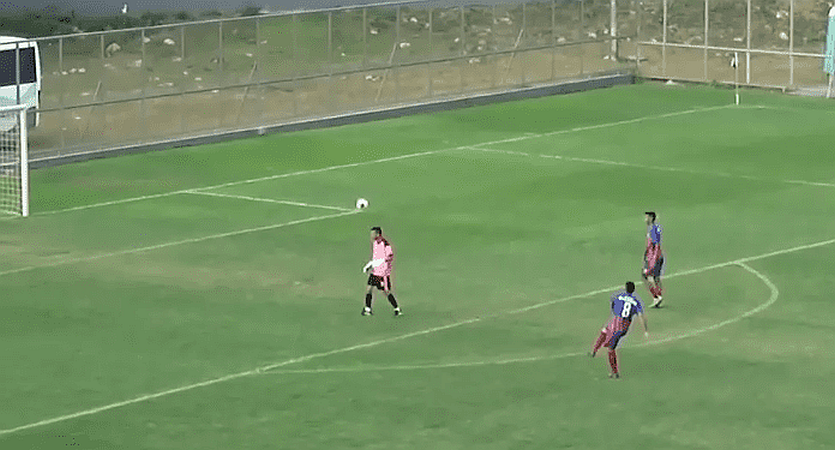 A recent soccer match in Brazil is causing uproar and could lead to criminal charges. The investigation is currently active, but one player’s actions on the pitch are fueling accusations that the match-fixing is out of control.

Earlier this month, Sul América beat Atlético Amazonense AM in Series B of the Brazilian Amazon Championship. When an Atlético player scored a goal against his team, which was all caught on camera, the alarm bells started ringing.

Once in a while, a football player may accidentally score his own goal. However, that was not the case this time. Both the intent and the result were intentional, and one player has already been fired.

Sul América led 3-1 in the final minutes of their game against Atlético. At that time, midfielder Júlio Campos had a kind of crisis. He received the ball from a teammate, turned towards his goal and shot. He sent the ball over his keeper and into the back of the net.

Initially, the players were slow to react. They didn’t know what to make of it, but the result was real. Sul América scored another goal and would claim the 4-1 victory.

Talk that Campos was involved in some type of match-fixing incident surfaced immediately. It wouldn’t be to rig the result, as there was no way for Atlético to bounce back. A likely alternative would be the total number of goals scored in the match.

If you’re going to match fix, at least do it discreetly! 🤣 pic.twitter.com/Gtaks66s2Z

However, this may not be the case. Atlético president Henrique Barbosa da Costa told reporters he spoke to Campos after the game. The player indicated that he was angry with the team’s overall performance and the loss. His actions were a way for him to express his frustration. But it will cost him more than he could imagine.

Atlético released a statement scolding Campos for his unsportsmanlike conduct. He will open an internal procedure to investigate the incident.

Meanwhile, the current president of the Amazonas Football Federation (FAF, for its Portuguese acronym), Pedro Augusto, added his statement. At the same time, it opened the door to support from sports data companies like Sportradar. Augusto said the organization statistically tracks all games but has no system or company to investigate possible manipulation.

However, the FAF has already taken the case to Brazil’s Court of Sports Justice. An investigation could lead to criminal charges.

Corruption in Brazilian sport is a real threat

Cases like this are on the rise in Brazil, and Civil Police in São Paulo are currently investigating possible match-fixing incidents. He reportedly received numerous complaints from athletes and the São Paulo Football Federation (SPF, for its Portuguese acronym).

There are currently 11 open investigations relating to 17 football matches in different leagues. Local media Veja reports that most of the allegations relate to the suspicion that betting may have determined the outcome of games.

In one case, Sportradar, which provided monitoring services to the FPF, found high betting volume on a Chinese betting site. The bets indicated that the game would end with at least three goals.

At the time, that was not an option. However, soon after, the game scored its second and third goals in questionable circumstances.

Most of the cases, at least in São Paulo, involve small minor league teams. Yet people connected to the state of investigations know that the money circulating in the business is astronomical. They claim that in Brazil alone, offshore sports betting is worth US$2.9 billion, which may lead players to become more than willing to strike a deal for some of the action.