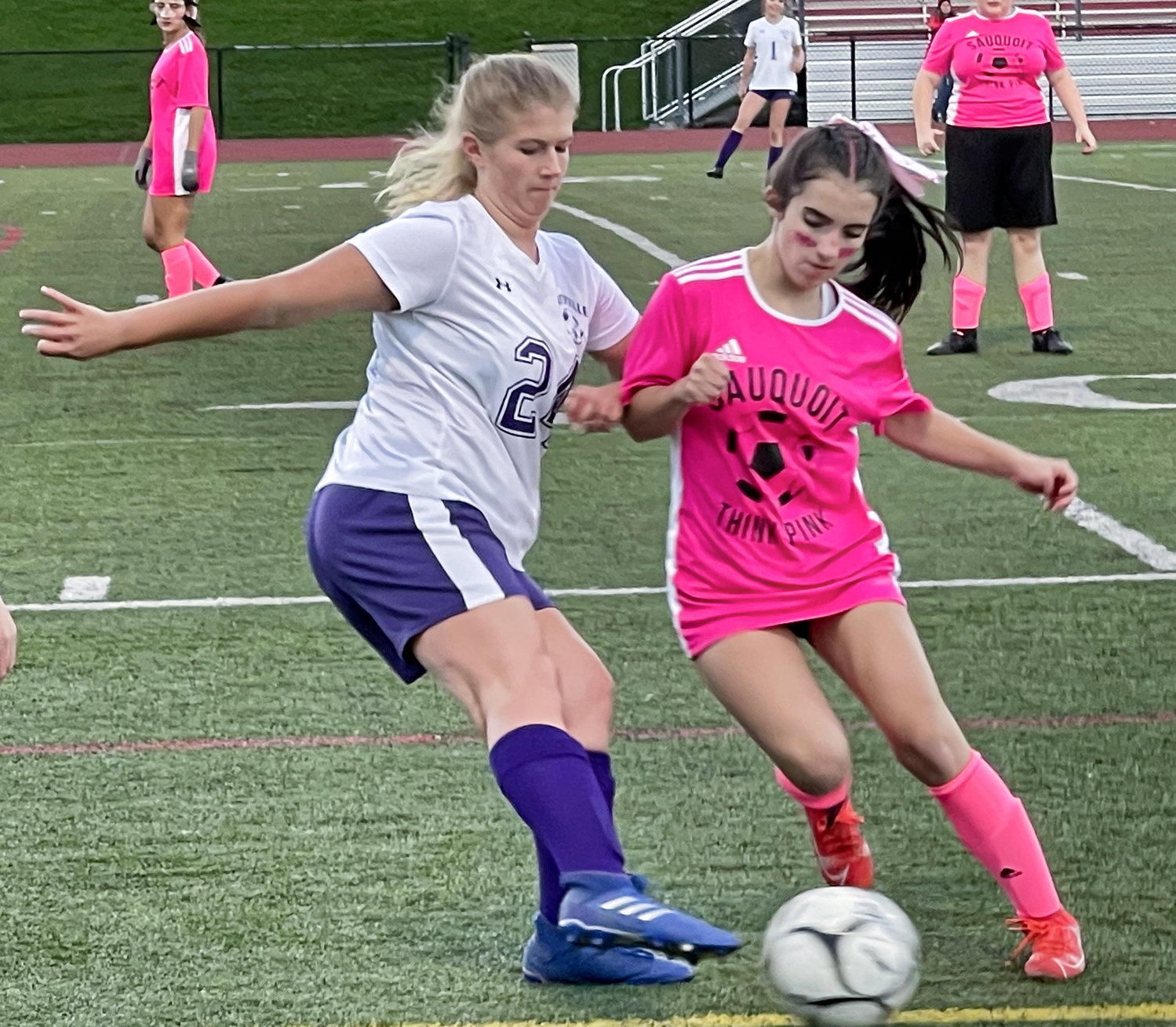 Sauquoit Valley scored five-man goals in a 5-0 women’s soccer home win over Waterville in the Center State Conference on Thursday.

Jadyn Land stopped the only shot on goal she faced in front of the net to claim the victory.

Sauquoit hosts Clinton at 1:30 p.m. today in a non-league game.

Waterville hosts Sherburne-Earlville at 6 p.m. Wednesday in the league.

New Hartford’s women’s soccer unbeaten streak extended to 48 with a 5-0 win at Vernon-Verona-Sherrill on Thursday in the Tri-Valley League.

The Spartans took a 4-0 lead at halftime. Alex Volo scored a hat trick. Anna Rayhill scored and had two assists. Olivia Vitullo also had a goal. Talia Vitullo and Kacey Richards had one assist each.

In the New Hartford goal, Savannah Cole made a first-half save and then made way for Abby O’Connor, who made a second-half save.

Emma Dam made 10 saves and Grace Maranville made four in time splitting in front of the Red Devils goal.

Paige Luke scored twice and the Clinton Girls’ Soccer Team won 5-1 at the Utica Academy of Sciences on Thursday in the Center State Conference.

Ava Alteri scored and provided an assist for the Warriors. Abby Hemstrought and Hannah Miller also scored. Lydia DeTraglia had two assists and teammates Isla Langsdorf and Chelsea Lopata each had one.

Gigi Pinto made a save and Deanna Heintz made no saves on Clinton’s goal in the split.

Clinton plays at Sauquoit Valley at 1:30 p.m. today in the league.

UAS plays in Richfield Springs at 1:30 p.m. today in the league.

Nicolina Lokker scored and was assisted on goal by Brynn Furbeck for RFA.

In goal, Miranda McCormick made 16 saves for the Black Knights.

Megan Canipe scored for CVA and Hailey Looman made 10 saves.

RFA host Baldwinsville at noon today in a non-league game.

CVA plays VVS at noon today in the league.

Zoe Kelly scored one goal and assisted on the other, which was scored by Madison Oliver.

Lily Boris made two saves in goal for HP.

HP goes 7-3 and played Oneida in the Tri-Valley League today.

Results were not available at the time of going to press.

Jesse Dutcher scored three times in the Whitesboro Boys’ Soccer Team’s 4-1 win at Holland Patent on Thursday in the TVL.

Matt Mues also scored for the Warriors. Kyle Little had two assists and Xavier Pawlowski, Daschel Smith and Mason Burge each had one.

Devin Trevisani stopped two shots in the net for Whitesboro.

Statistics for HP were not provided.

Whitesboro hosts Jamesville-DeWitt at 2 p.m. today in a non-league game.

Isabella Smith scored both goals for the Bulldogs. She scored with five minutes left in regulation time and then again at the start of the second half of extra time. Julianna Otis got an assist on the game winner.