DUXBURY – The second-seeded Harwood men’s soccer team scored three goals in the second half on Thursday and earned their sixth straight shutout in a 4-0 win over Missisquoi in the Division II playoffs.

â€œMissisquoi played without fear and with nothing to lose,â€ said Harwood coach Joe Yalicki. â€œThey did a good job moving forward and some of their full backs had an impressive first step speed towards the ball. It was far from a walk in the park for us.

Nic Moran gave HU the lead in the 27th minute with an assist from Cooper Olney. Harwood increased his lead to 2-0 in the 47th minute when Jack Birmingham assisted Olney.

Harwood’s top scorer Jordan Shullenberger made it 3-0 in the 66th minute. Olney set up Adam Porterfield to cap the score in the 78th minute.

â€œAt half-time we tried to get a little more involved off the ball and also show a little more respect and defensive intensity,â€ said Yalicki. â€œWe attacked very well on both sides, but we couldn’t create space in the box. Cooper assisted both goals, scored one and drew. And Chris James and Liam Combs have cleaned up a lot of their chances. Any victory at the end of October is good.

Combs made two saves in goal. Harwood (13-1-1) has recorded 10 shutouts this season and will return to action against Green Mountain Valley School (5-3-2) in the quarterfinals. Missisquoi ends the season at 2-14.

MILTON – The No.16 seed Fair Haven men’s soccer team collided with a No.1 Milton team and lost 7-0 on Thursday in a Division II game.

The Yellowjackets were leading 5-0 at the half.

Kole Matta and Noah Woodberry share goaltending duties for the Slaters. Matta made nine saves and Woodberry made eight saves.

The Slaters earned their spot in Thursday’s game after beating Lamoille 4-0 on Tuesday.

Fair Haven ends its season with a 3-12-1 record. Milton takes his 15-0 mark in the Division II quarterfinals with No.8 Paine Mountain, a 2-1 winner over Woodstock on Wednesday.

MIDDLEBURY – The No. 5 seeded Middlebury men’s soccer team advanced to the Division II quarter-finals with a 3-1 victory over Mount Abraham on Thursday afternoon.

MIDDLEBURY – The No.8 seeded Middlebury girls’ football team have made a date with No.1 seed Harwood, beating No.9 U-32 1-0 on Thursday afternoon.

The Tigers improved to 8-6-1 ahead of their clash with the Highlanders. Cadyn Pitner scored for Middlebury in the 57th minute.

â€œThe ball was played and Cadyn and my back got tangled and she came out with the ball,â€ said U-32 coach Steve Towne. “She placed a low shot from the left side to the inside of the right post.”

Goalkeeper Evie Moore made six saves for the U-32s, while Julia Bartlett stopped nine shots for the Tigers. The Raiders end the season with a 6-7-2 record.

TOWNSHEND – The No. 2 seeded Leland & Gray women’s soccer team advanced to the Division III quarter-finals with a 6-1 win over No. 15 Winooski on Thursday afternoon.

NEWPORT – The No. 6 seeded Harwood field hockey team defeated No. 3 North Country in the Division III quarterfinals on Thursday afternoon.

Lucy Sullivan scored the only goal of the game in the third quarter. Harwood improves to 3-8-1 and faces No.2 seed Lyndon in the state semifinals on Tuesday. North Country ends its season with a 6-8 record.

LYNDON – The Lyndon Institute’s No. 2 field hockey team advanced to the Division III semifinals with a 3-1 win over Missisquoi Valley on Wednesday.

Ella Buckingham made the difference in the game, scoring two goals.

Lyndon goes 7-5 in a semi-final game against Harwood, number 6, on Tuesday.

WINDSOR – Windsor’s No. 1 field hockey team took matters into their own hands, beating Milton 4-0 in the Division III quarterfinals on Thursday.

The Yellow Jackets host number 5 Fair Haven on Tuesday in the D-III semi-final. The teams have divided their clashes during the regular season.

BURLINGTON – The University of Vermont women’s soccer team recently clinched an America East regular season title and headed to the playoffs with a 3-0 win over New Hampshire on Thursday.

Alexa Mihale scored all three goals for the Catamounts and assists came from Natalie Durieux, Alyssa Oviedo and Maddy Cronin.

UVM awaits its opponent in the America East conference tournament. 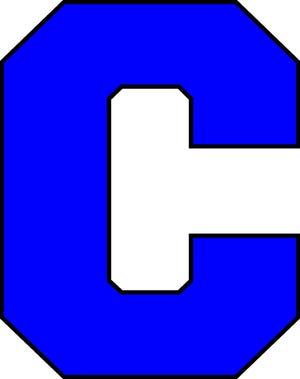