Prince george looked quite the dapper little prince as he joined his parents, the Duke and Duchess of Cambridge, at Wembley Stadium on Tuesday. Prince william, Kate and their eldest son came out on June 29 to watch the UEFA EURO 2020 match between England and Germany.

The future king, who turns eight on July 22, paired up with his dad in a suit and tie, while Kate looked effortlessly chic in a red Zara blazer. George, seated between his mother and father, was seen standing for the national anthem, God Save the Queen.

The prince is known to be a football fan like his father, who is president of the Football Association. George wore an England national football team jersey for two of his sixth birthday portraits and was spotted kicking a soccer ball with his younger sister Princess charlotte in 2019.

George attended his first football game in 2019 with his parents and sister. The Duke and Duchess’s firstborn has been spotted cheering on Aston Villa.

In the 2020 documentary Football, Prince William and our sanity, the royal dad of three explained why he didn’t celebrate as much as George during the match. â€œI was sitting with all the Norwich fans,â€ William said (via People magazine). “So George was doing my part of celebrating for me.”

Sign up for our newsletter to stay in touch with your culture. Get the latest news on your celebrities, royals, and the best beauty, fashion and lifestyle news straight to your inbox! 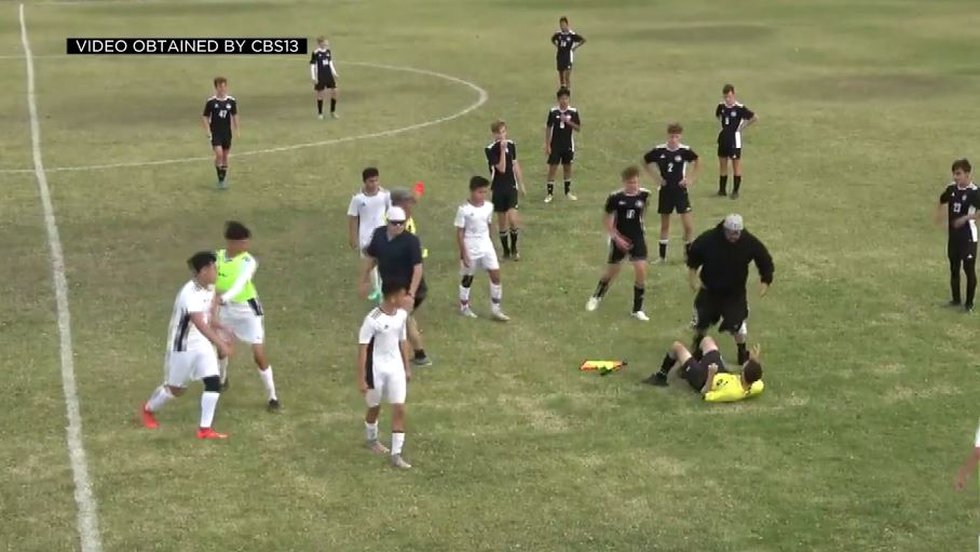 Dad tackles the referee during his teenage son’s soccer game