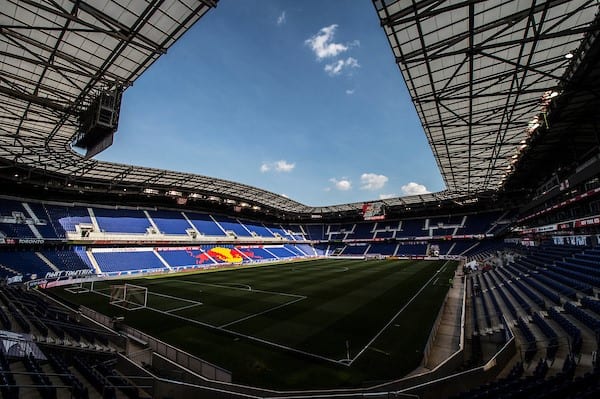 The Red Bull Arena has hosted 39 games this year. (Photo courtesy of the Red Bulls)

HARRISON, NJ – For the second time in the past four seasons, Red Bull Arena has been named the 2021 Professional Football Ground of the Year, the Sports Turf Management Association announced on Tuesday.

“We are extremely honored by today’s recognition from STMA,” Red Bulls general manager Marc de GrandprÃ© said in a statement. â€œThe Red Bull Arena Grounds team continue to be the best in the business; they are the reason our match day experience with players remains unmatched.

Red Bull Arena pitch maintenance, led by Neal Sitzman, has maintained the same surface area since 2012 and will set up a new turf surface for the start of the 2022 MLS season. The RBA has often played host to international friendlies, including appearances by the men’s and women’s national teams of the United States, Brazil, Colombia, Ecuador and Peru, as well as many top clubs. of the whole world.