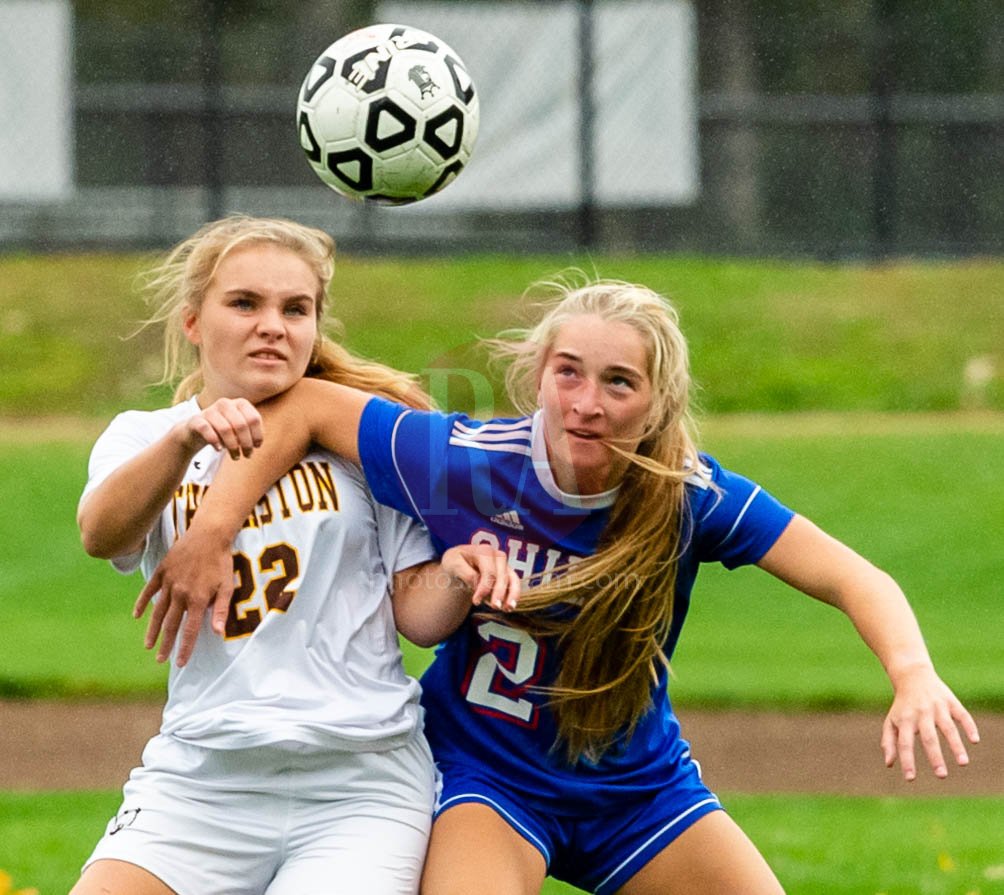 WOODBURY — On a rain-wet pitch, the Nonnewaug High women’s soccer team firmly gripped their second consecutive Berkshire League title.
Seven games remain in the regular season for the Chiefs after Tuesday’s 4-0 win over second-placed Thomaston, who also fell to Nonnewaug in the season opener a month ago.
The Chiefs (9-0) outscored their opponents, 42-4, and only played a few one-goal games. How will coach Nick Sheikh stop his No. 1-ranked Class L side from considering the playoffs?
“It’s not over until it’s over,” Sheikh insisted, “especially in football. We know that all too well. We have to keep playing hard and bring it to the teams when we can.
Nonnewaug scored the opening goal when Layla Coppola scored from 20 yards out within nine minutes of play.
Freshman Maia Colavito scored at 19:14, passing the ball past Thomaston goaltender Kara Sacco.
Senior Sam Conti, playing in only her second game after returning from a knee injury, put Nonnewaug ahead 3-0 after rounding Sacco to score with 3:10 left in the first half.
Lauren Pabst added the final score in the second half.
“We knew that at the start of the match the competition was going to be very difficult,” said Conti. “We tried to start very well and we hit one early. That was the difference.
Sacco made 11 saves for Thomaston (7-2). Charlotte D’Alexander made 15 for the Chiefs.
“The weather was a big factor,” Thomaston coach Jen Ewart said. “But Nonnewaug is always, from the start, an aggressive team. It took us some time to get used to it. »