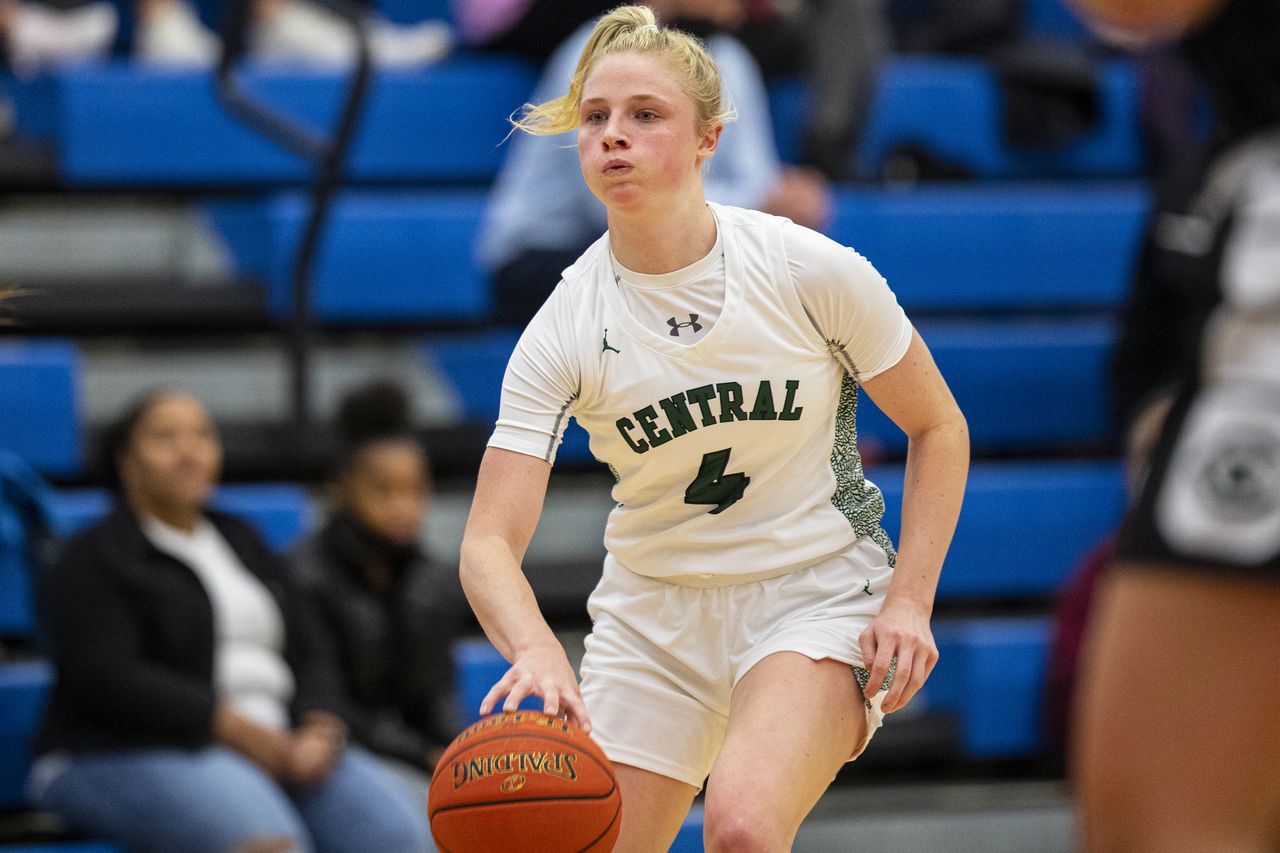 The fact that Forest Hills Central senior Theryn Hallock can light up a scoreboard is old news.

However, Hallock has never lit a scoreboard like the one she did on Tuesday night.

Hallock, the Associated Press Division 1 Michigan Basketball Player of the Year and a Michigan State commit, hasn’t played football since eighth grade. Those who attended Tuesday night’s game between Rangers and Byron Center might have found it hard to believe.

The Rangers beat the Bulldogs 4-0 in their OK White conference opener, and Hallock recorded a hat-trick in his third college game.

“Honestly, coming into the game I wasn’t expecting that because Byron is a really solid team and they were really good last year,” Hallock said. “But I was mentally prepared and so was our team. Every time someone gave me the ball I gave my best and gave my best and scored all three goals. J I was really excited, and it was really good.

FHC and Byron Center were both Final Four teams last season, with Rangers going Division 1 and the Bulldogs Division 2. Hallock scored twice in the first half to give Rangers a 2-0 lead . Hallock and Dailey Tucker each added a goal in the second half.

Hallock shifted her focus from football after college to focus solely on basketball as she signed up for MSU before her sophomore season had even started. The 5-foot-9 guard finished his career with 1,589 points after averaging 26 points last season. Hallock also averaged 11.4 rebounds, 6.5 steals and 4.8 blocks.

But without AAU basketball this season, she decided to return to the soccer field. She scored four goals in FHC’s first three games.

“Now that I’m out of AAU and wouldn’t have any more conflicts, I decided to play football to stay in shape and have fun with my teammates and friends,” Hallock said. “I promised coach (Ashley) Ludtke that I would play for her for the past two years and never did. I followed my word this time.

“I have a lot of friends who play and I know a lot of girls in the team, so it’s good to play with girls you like to be with. It’s good because I’m staying in shape before I leave to play at Michigan State, which is obviously going to take a lot of work, time and effort. Just keeping fit and being with my friends is the best.

The Rangers will be back in action on Friday when they host Grand Haven at 6:40 p.m. in a non-conference game. Rangers are sacking 10 seniors from last year’s squad, so FHC have once again set themselves lofty goals. The addition of Hallock didn’t hurt either.

“I had the opportunity to know Theryn since she was a freshman at FHC,” Ludtke said. “I’m also a huge basketball fan and I watched her play in first grade and got to know her. We’ve stayed in touch for the past two years, and she’s thought about playing in previous years and was a huge supporter of our team even though she wasn’t on the team.

“She’s an amazing athlete overall, but what impressed me the most about her was her team mentality. She always tries to make the people around her better and I think that “is a key factor for a leader in the team. Her speed certainly helps her a lot to stand out a bit on the pitch. But I really appreciate her desire to learn. She asks a lot of questions and always tries to understand what she can do personally to become better and how she can help her teammates around her to help our team succeed.

“Ava has played phenomenally in the first games of the season,” Ludtke said. “She was a staple in our team. Olivia is coming back for us and both are captains for us and great leaders, and their work ethic is amazing.