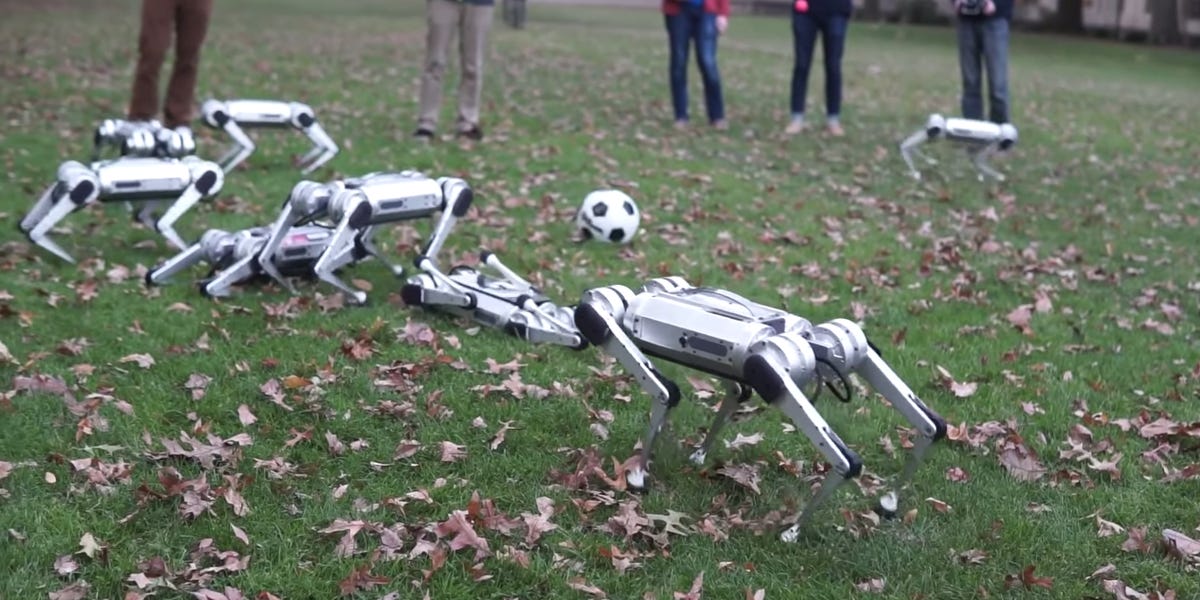 Boston Dynamics may have made a name for itself by releasing videos of its amazingly realistic animal-themed robots, but don’t count the Massachusetts Institute of Technology.

MIT recently posted a new video of its Mini Cheetah robots, small quadruped robots able to run, walk, jump, turn and backflip. The robots weigh around 20 pounds and the researchers say they are “virtually indestructible”. according to MIT News.

In newly released footage, the tiny robots can be seen dodging, jumping and walking around a field. In some scenes, the robots also play with a soccer ball.

MIT also made headlines earlier this year in March when it showed off its miniature robot performing a backflip.

In addition to being durable, the Mini Cheetah is designed in such a way that it is easy to repair and modify if necessary. MIT hopes this level of flexibility will make robots attractive to researchers who otherwise would not have access to robotics.

“A big part of why we built this robot is because it makes it so easy to experiment and try crazy things, because the robot is super tough and doesn’t break easily,” said Benjamin Katz of MIT’s mechanical engineering department at MIT News. .

Boston Dynamics, meanwhile, said end of september that its dog-like Spot robot would be shipped to the first customers. This bot is currently being tested to perform tasks such as monitoring construction sites and gas, oil and power facilities remotely.

See below for the new video of MIT’s Mini Cheetah in action.