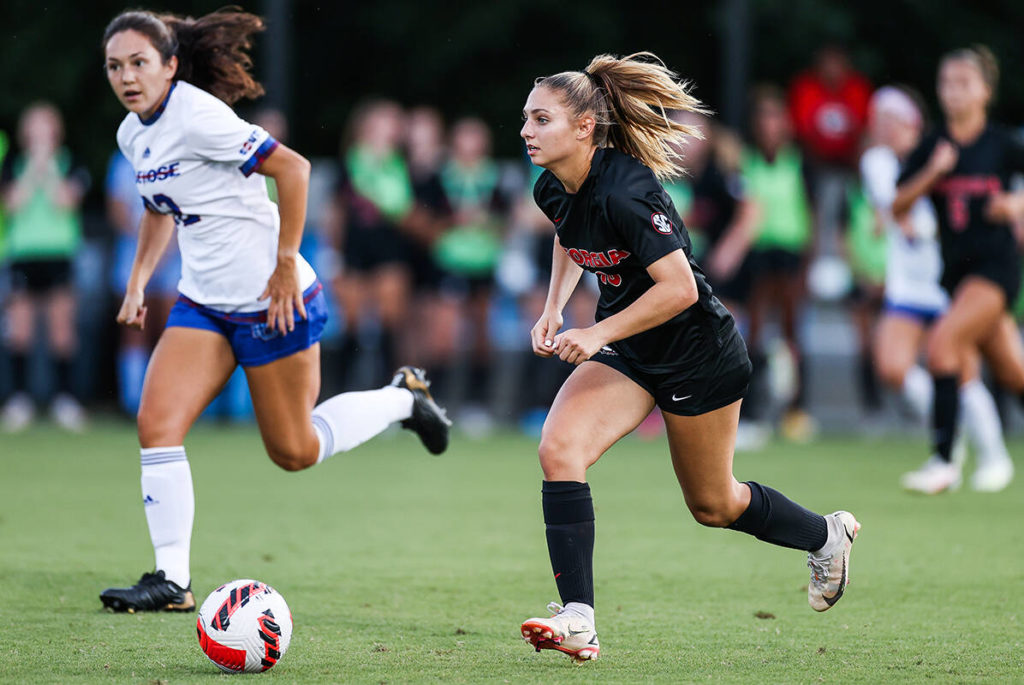 A college football star from Maple Ridge is bringing her NCAA talents closer to home.

A forward and midfielder, Muzzolini played for Canada at the youth level and transferred to SFU after one season with the NCAA Division I Georgia Bulldogs of the Southeastern Conference.

“Bella is a competitive player with great qualities on and off the ball,” SFU head coach Annie Hamel said. “His movement to create space, passing range and creativity in the final third will help our team get on the scoresheet. Goals have been a problem for the last two seasons and we think Isabella is helping us a lot to create goalscoring chances.

Muzzolini played 18 games for Georgia in the 2021 season, starting 13. She helped the Bulldogs finish the campaign with an 11-5-3 record. He now has three years of eligibility left to play for SFU.

“Bella is a massive signing for us,” Hamel said. “She’s a well-known player in our community and someone who has a lot of experience on the court. Bringing her to SFU demonstrates that we have ambitious goals for the program and that she is an important player in our reloading process. I have no doubt that it is because of her that others will come, that is what she represents for women’s soccer at SFU.

She played for Canada at the 2018 CONCACAF Women’s Under-15 Championship in Bradenton, Florida, where the team placed fifth. That same year, Muzzolini was selected on Canada’s roster for the FIFA U-17 Women’s World Cup.

In 2019, Muzzolini participated in three different camps for Canada’s National Under-17 Team. However, the FIFA U-17 Women’s World Cup 2020 has been canceled due to COVID.

“I chose SFU because I felt university was the best environment for me to be successful both in the classroom and on the soccer field,” said Muzzolini, a graduate of Burnaby Central Secondary School.

“I’m really looking forward to continuing my sports and university career close to home. The team and staff have been very welcoming and I am excited to begin my journey at SFU.

Muzzolini made the honor roll and principal’s list every year in high school and eventually wants to be a lawyer.

His season will begin with exhibition matches in August. Muzzolini plays this summer for TSS Rovers of League1 BC.