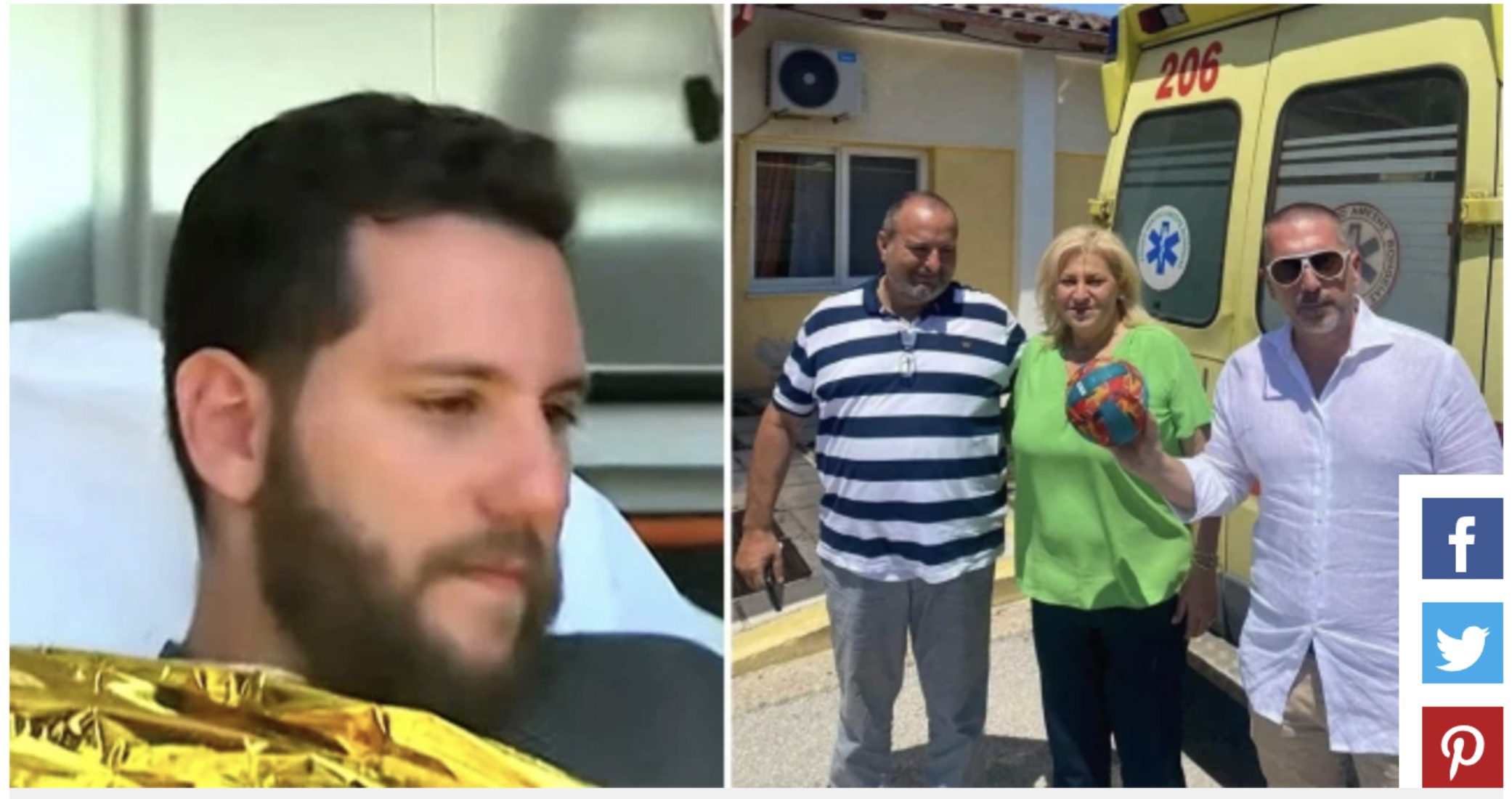 Salvation was a soccer ball for a vacationer in Greece.

The man, known only as Ivan, was reportedly swept away by high tides over the weekend. Adrift, he comes across an unlikely buoy: a half-inflated children’s soccer ball. Ivan clung to the ball and survived his ordeal after 18 hours in the drink. And in another strange twist of fate, its long-lost owners recognized the soccer ball once word started circulating.

Greek media resumed the story after the man’s friends reported him missing. When the current pulled Ivan and another tourist out of reach off Kassandra, Chalkidiki, their cohort alerted the Greek coast guard.

Soon the hunt was on. But because it took authorities so long to locate him, Ivan spent some time fending for himself. And the brightly colored little soccer ball was one of the main reasons he made it out alive.

Hellenic Air Force personnel spotted him from a helicopter on July 10 and plucked him from the waves. Back on dry land, Ivan told his story. And when he hit local television, the mother of the boys who had lost the ball recognized him.

Brothers Tryphon, 11, and Thanos, 6, lost the brightly colored ball while playing with it on Evgatis beach on June 30.

Unfortunately, the other missing tourist was still missing on July 13. The whereabouts of Martin Jovanovski are still unknown.