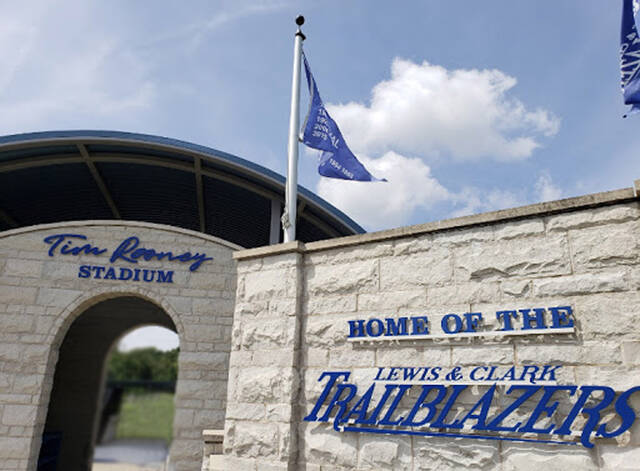 GODFREY – Due to rains on Friday night and Saturday, Sunday’s Lewis and Clark men’s soccer game against visiting Eastern Florida State College has been moved from LCCC’s Tim Rooney Stadium to the artificial turf at Gordon Moore Park in Alton.

East Florida State is 3-2 after a 2-0 loss to Illinois Central College on Friday in a game played at Rooney Stadium. Sunday’s game is the second of a two-game Midwest swing for the EFSC.

The men of the LCCC are 2-2. The Trailblazers opened the season with two wins in Chicago, 6-1 over Oakton and 2-0 over College of LakeCounty. They have lost their last two games, 2-1 to Johnson County and 4-3 to Mineral Area College.