Darlene G. Yamamoto
Soccer game
Comments Off on “Is this a football or MMA match?”

“Is this a football or MMA match?” 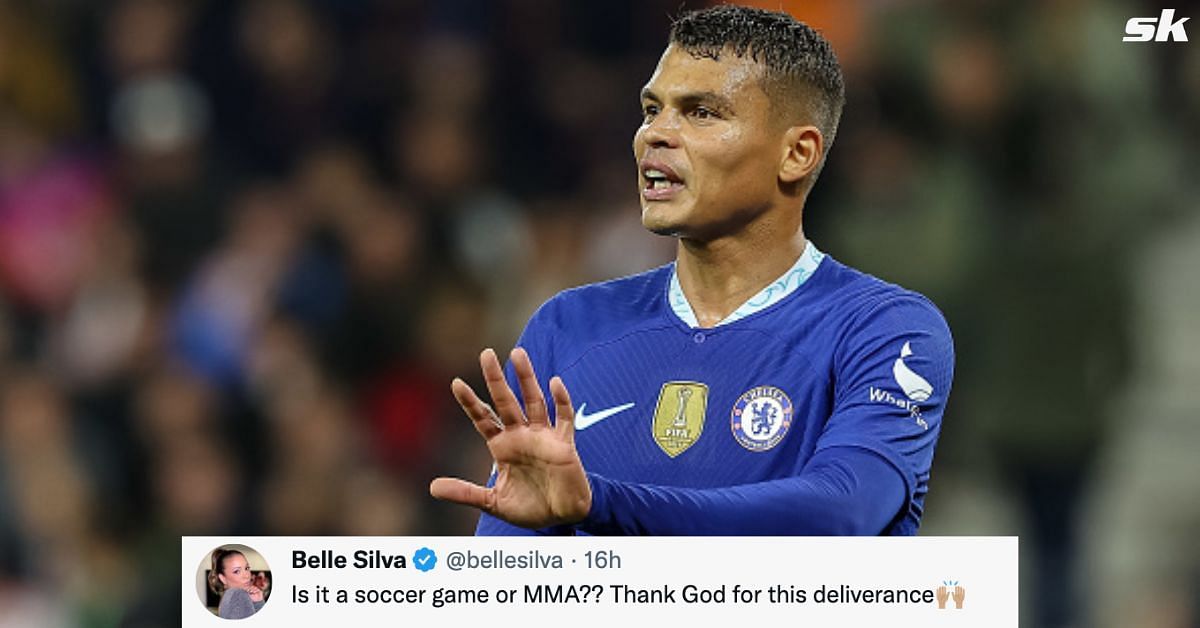 The wife of Chelsea defender Thiago Silva was unimpressed following an incident in the Blues’ 2-1 win over Red Bull Salzburg in the Champions League on October 25.

Silva was knocked down by Salzburg striker Roko Simic as he tried to head the ball in the 82nd minute of the game.

The Croatian backed into the Chelsea centre-back sending him to the ground in a heap.

As Silva fell almost directly on his head during the altercation, medical attention was required.

Silva’s wife, Isabele, posted a clip of the clash between her husband and Simic on Twitter with the caption:

Is it a football or MMA match? ? Thank God for this deliverance🏽

Is it a football or MMA match? ? Thank God for this deliverance🙌🏽 https://t.co/T2wehseSDJ

Luckily, the Brazilian wasn’t injured but the Salzburg striker got away with it unpunished.

The veteran defender was at his best throughout the match at Red Bull Arena, making two tackles and four clearances.

It’s the latest stellar performance for what has been a superb streak of games for Silva.

He made 13 appearances in all competitions, providing two assists.

Chelsea secured victory over Salzburg thanks to goals from Mateo Kovacic’s 23rd-minute strike and Kai Havertz’s fantastic effort in the 64th minute.

Junior Adamu equalized for the Austrian side in the 49th minute, but Havertz’s thunderbolt secured all three points for Graham Potter’s side.

They sealed qualification for the last 16 with victory over Salzburg.

Silva’s teammate Chalobah has received praise as he has impressed when called up this season.

The young England centre-back was selected as a centre-back alongside Silva in the win over Salzburg.

Chelsea have won every game Chalobah has started this season.

Potter moved to praise the defender for his professionalism and hard work, telling the club’s official website:

“He embodies the group. Everyone is ready to come in, play and help out.”

“Trevoh was really professional, worked hard in training and his level was high.”

Chelsea are STILL unbeaten in 31 games when Trevoh Chalobah starts 🤯

Chalobah has made nine appearances in all competitions. Against Salzburg, he made two tackles, two interceptions and six clearances.

The 2022 FIFA World Cup kicks off at the end of November and fans have called for the defender to be part of Gareth Southgate’s England squad.

He is yet to earn an international cap but has made three appearances for the U21s.