Darlene G. Yamamoto
Soccer field
Comments Off on In Guwahati, an elephant shows fantastic dribbling skills on a soccer field with army jawans

In Guwahati, an elephant shows fantastic dribbling skills on a soccer field with army jawans 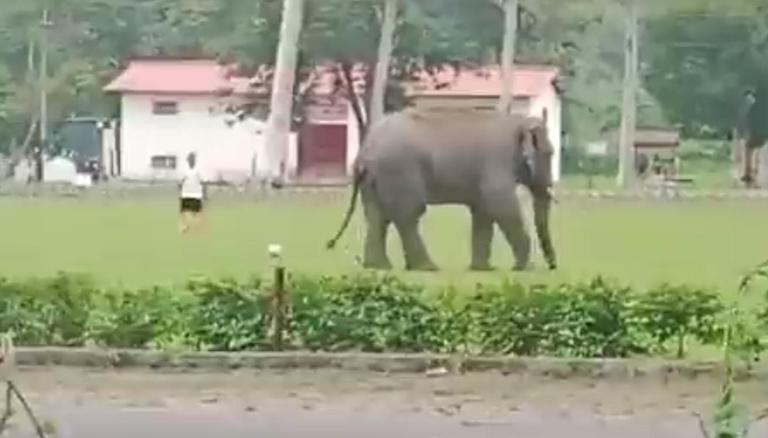 Animal antics are the best source of entertainment and joy for people. Many of these situations are captured and quickly become popular discussion topics on social media and go viral. A similar video in which an elephant joins the Indian Army jawans at the Guwahati football ground is circulating the internet.

The incident happened at Narengi cantonment area in Guwahati in Assam when an elephant entered the football pitch on Sunday and interrupted play in progress. In the clip, the jumbo is seen entering the football pitch causing Indian Army personnel to stop the game in progress midway as the animal takes a silent walk. As he walks past the soccer ball, the giant notices it and surprisingly comes back to show fantastic dribbling skills by kicking the ball twice.

Reacting to this viral video of jumbo playing with army personnel, one of the twitter users said that people will soon see a future football star from Assam state.

Notably, the Narengi cantonment area in Guwahati is located close to an elephant habitat and corridor and the wild elephants can often be seen roaming the cantonment area, which shows a perfect example of coexistence. humans and wildlife.