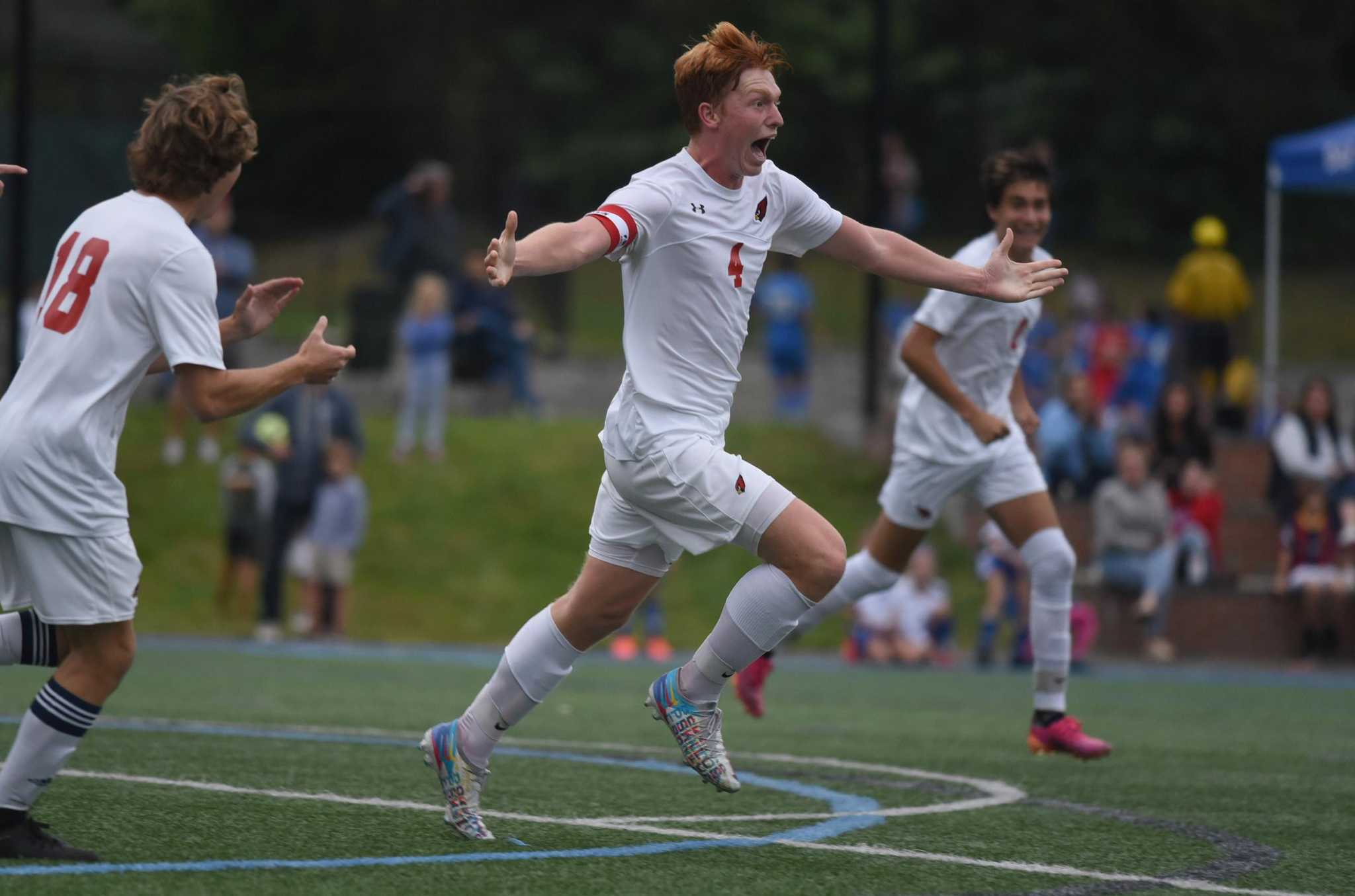 DARIEN – Greenwich football captain Jake Hughes-Jones had the ball and room to move. The only problem was that he was about 35 yards from the goal.

Hugh-Jones unleashed a left-footed shot that sailed high into the upper left corner of the net to start an unanswered three-goal streak as the Cardinals handed Darien their first 3-1 loss of the season on Tuesday at Darien .

Hugh-Jones scored goals in the 49th and 52nd minutes, and Santiago Borrego added the final tally on a superb cross from Isaac Dumeny in the 64th minute.

Winning could be the key to the CAFN playoff race as both teams seek a top-four spot and a home game in the quarter-finals. Greenwich improved to 5-1-2, and the Blue Wave fell to 6-1-1.

Greenwich managed to overcome an opening goal from Darien’s Trevor Pegg, who scored in the third minute before the teams settled down. Lagging behind, the Cardinals managed to keep the pressure on before breaking through in the second half.

“I thought that even though we had fallen, we were definitely the best team in the first half and the best team throughout the game,” said Hugh-Jones. â€œWe really felt above everything. We lowered the ball, played where we wanted and controlled the game. We are all super happy with today’s performance.

Darien was at a disadvantage shortly after Greenwich’s second goal, as Chase Caruso received his second yellow card, which was converted to a red card, forcing him out of the game. The wave played against a man for the last 27+ minutes while trying to come back.

“The bad part of the game was the first 10 minutes of the second half,” said Darien coach Jon Bradley. â€œWe were one step behind and that punished us. Then the red card came and that was pretty much the end of it. Once you get down to 10 players, there is so much room for them to play. “

Pegg’s first-half goal was the first shot of the Wave game. Pegg made a good turn in the attacking third base, rushed up the area and sent the ball past Greenwich goalkeeper Julian Colin at the far post.

Led by Dumeny and Hugh-Jones, the Cards were relentless in attack, but Will LeHan, the Blue Wave goalkeeper in the first half, completed the shutout.

Greenwich ultimately tied it to Hughes-Jones’ long goal with 31:55 left, as the ball sailed past second-half goalkeeper Thomas Branca.

“I was even surprised he touched him from there but when he did I don’t know if their other keeper could have saved him,” Greenwich coach Kurt Putnam said. . â€œIt also hit and (he went) straight to the top corner. I don’t know if he’ll hit another like that for a while.

â€œI just picked up, it was a nice pass for me and I had a lot of space,â€ said Hugh-Jones. â€œSomething just told me to shoot, so I had to go. I was lucky he ended up at the back of the net. It was nice to have one and reattach it, and for us to get ahead of them then. “

Hugh-Jones then scored from a header with 28:00 to go. The ball was played by a defender from Darien, but officials decided the ball had crossed the line, putting the Cards in front 2-1.

Greenwich’s last goal was for Borrego with 16:08 remaining.

Despite the loss, Bradley is happy with his team’s positioning, especially after playing a tough schedule so far.

â€œWe’re 6-1-1 right now and I don’t know where we’re going to end up, but we played a brutal first part of the season,â€ said Bradley. â€œWe played Norwalk, we played Staples – we played most of the teams in the top four. Our fate to be in the top four and host a game (CAFN quarter-final) is still in our hands. “

â€œI like the team situation and the sky is the limit,â€ Hugh-Jones said of Greenwich. â€œ(Darien was) an undefeated team and we had a few games where the results didn’t go the way we wanted, and a few where we didn’t play the way we wanted. So it’s good to get the result, to play well and to see the team play well.

PLAYER OF THE GAME

â€œYou can see the way we play and what we’re able to do when we play our game. If the back five can consolidate it, the front five are going to do damage. We have speed and skill. Our ball movement was fantastic today. It’s probably the best we’ve played in the longest time. – Greenwich coach Kurt Putnam 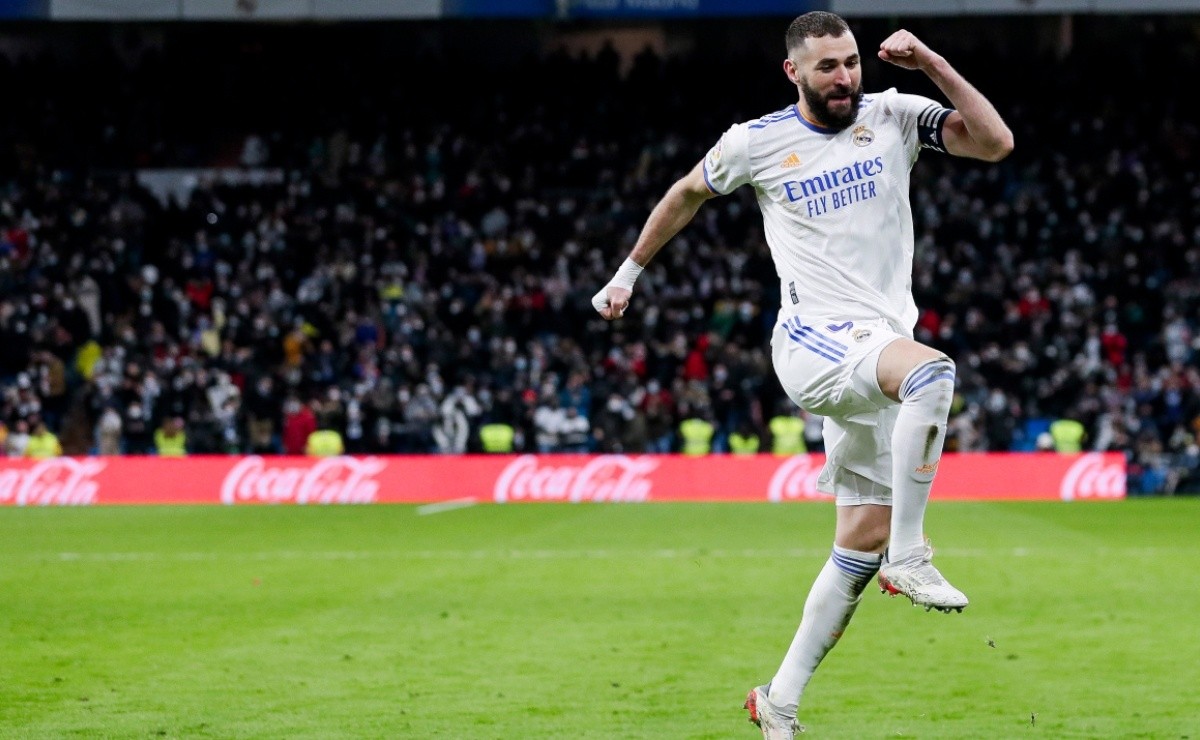