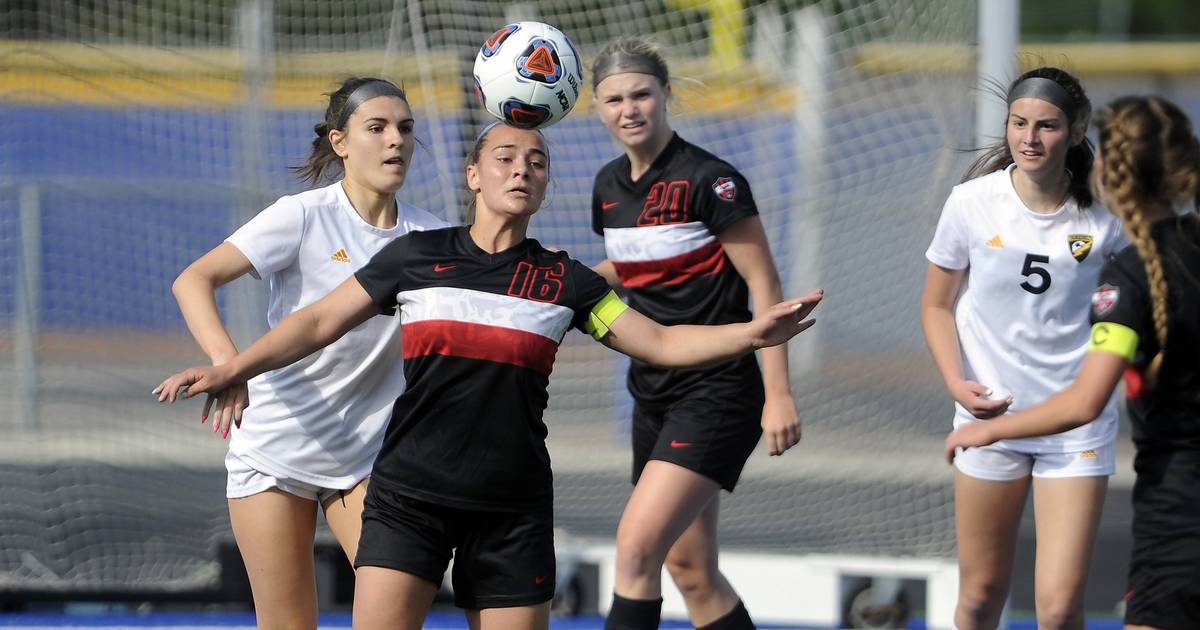 Lincoln-Way Central senior Grace Grundhofer can be hard to follow on the football field.

She’s constantly on the move, whether it’s sprinting from her position as a defender to the touchline to perform a throw-in, pushing through the middle to get involved in the attack, or running back to defend.

She has seemingly infinite energy, but even Grundhofer admitted that wasn’t the case.

“I’m definitely tired, but I’ve always been told, ‘Don’t show you’re tired,'” she said. “I was always told that fitness was the most important thing, so I always worked to maintain my fitness.”

Grundhofer, a rookie from Fort Hayes State, would rather run a lot than stay on the back line anyway.

“I liked having more to do because sometimes the centre-back gets boring,” she said. “I just had to be constantly aware. If I went up, I had to know that I had enough energy to come back.

“I always had to think about what could go wrong and be ready to go back.”

Grundhofer, the 2022 Daily Southtown Girls Soccer Player of the Year, has been a consistent force at both ends of the pitch all season for the Knights (25-2), who finished third in Class 3A.

While an important part of a defense that allowed just eight goals all season, she showed a knack for setting up her teammates, racking up 23 assists to go with five goals.

It was in the playoffs, however, that Grundhofer really took off. It was as if every goal the Knights scored in their greatest games had been set up by the heady defender.

“Grace really, really stepped up on that home stretch,” Lincoln-Way Central coach Sean Fahey said. “She was very clearly very motivated to help us make a big run in the playoffs.

“She’s been great all season, but what she did for us in the playoffs was on another level. It was truly remarkable.

Between the Knights’ 2-0 Section Championship win over Sandburg and their 2-1 supersection win over Glenbard West, Grundhofer assisted on all four goals.

She also had an assist in the 2-1 win over Evanston in the 3A third place game.

“Coach Fahey mentioned before the playoffs started that he wanted us to get more involved in offense to get more numbers behind us,” Grundhofer said. “Having the freedom to climb more sharply has boosted my confidence.”

Grundhofer is best known for her throw-ins, where she flips before throwing the ball with great length and precision.

Hitting the ball out of bounds and giving Grundhofer a chance to do his thing has become a nightmare scenario for opponents.

“The more throws I made, the more confident I became,” Grundhofer said. “Even though the teams knew I could throw far, they still kicked the ball against us a lot, and when they did that, their body language just dropped.

“It made our team more confident to finish those chances.”

Grundhofer also got to share the incredible playoff run with his younger sister Chloe, a junior who also started on the Knights backline.

News from the southern suburbs delivered every Monday and Wednesday

Their older sister, Kyla, ignited the family’s passion for football.

“We have become very competitive,” Grundhofer said. “There were definitely fights. We were pushing each other really hard, and then afterwards we were like, “We are sisters.” We would be above that.

Lincoln-Way Central entered the season with many question marks after graduating from a highly decorated senior class and welcoming a large group of new players.

“Coming into the season, honestly, I didn’t know how we were going to do it,” Grundhofer said. “We lost so many good seniors from last year. I didn’t have much confidence. But once we started playing, I saw we could be good.

“Seeing how far we’ve come, it’s amazing to me that this all happened.”

Steve Millar is a freelance journalist for the Daily Southtown.