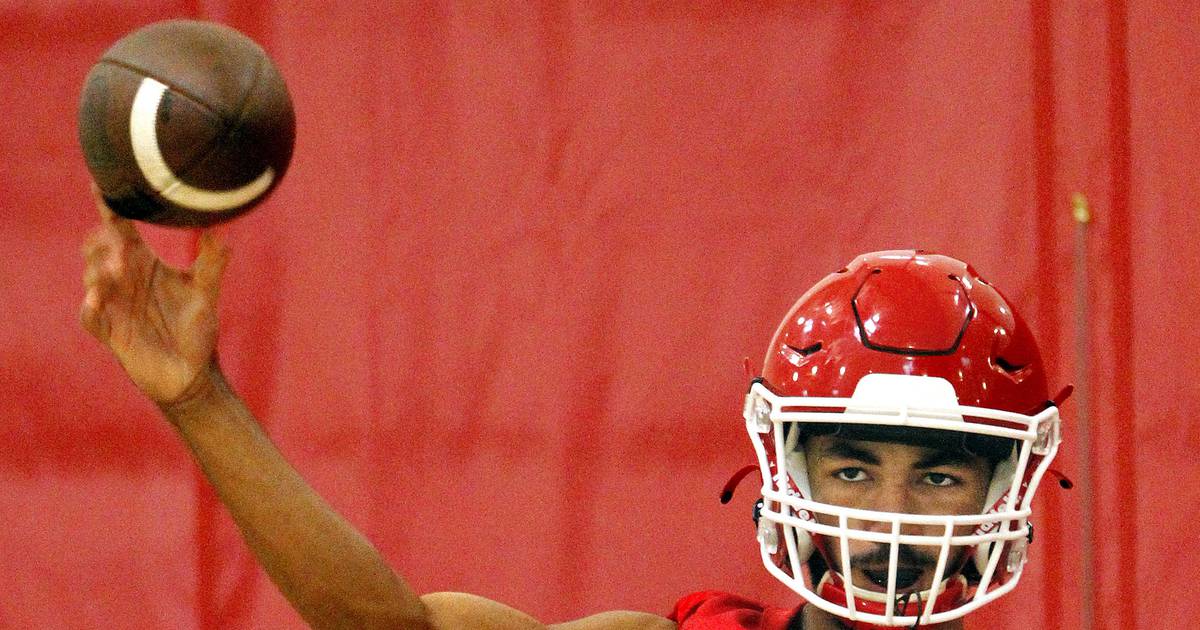 A longtime football player, Davis Brooks was asked to join the Tinley Park football team last season to be the kicker.

A year later, Brooks entered his first year as the Titans’ starting quarterback.

It’s already been quite a journey for someone with limited football experience who was brought in for his leg and now features his arm.

“I honestly didn’t think this would ever happen,” Brooks said. “The hardest part is learning all the games and performing them.”

Brooks played a little football growing up, but said it was “nothing serious”. Football, which he plays with the Chicago Empire club, has always been his main sport.

“I didn’t really expect to love football so much, but I always wondered,” Brooks said. “My parents were always more of a footballer, though. So now I just do what I want to do.

As the Titans searched for bodies to fill out their scout teams in practices, Brooks was thrown around in different places last season and impressed with his athleticism.

He eventually gained playing time as a receiver in games.

“I was really nervous at first, but I started to understand,” he said. “It was different in matches more than in training, with opponents hitting you and everything, so it took some getting used to.”

Brooks had three catches for 49 yards and scored a touchdown against Bremen.

He has also started to catch the eye of assistant coach Chris Vitt, who is entering his first season as Tinley Park head coach, while casually tossing the ball around with his teammates before training.

“I saw he had that wrist shot you want with quarterbacks,” Vitt said. “I was like, ‘He’s a quarterback.’ He’s a natural athlete, he can run like the wind, he has good feet thanks to football.

“He also has the attitude you want. He’s mature, wise beyond his years, and he doesn’t get angry.

Vitt let Brooks know that when summer came he wanted to see what he could do as a quarterback.

“He told me during the week of my first AP exam, which made me even more nervous,” Brooks said. “But it’s something I wanted to do, for sure.”

Then it was time for Vitt to announce to the team that last season’s kicker would be this season’s quarterback.

“I think initially they weren’t sure,” Vitt said. “I think Davis was a little nervous at the start, and you could see he was just trying to direct the ball.

“As the summer progressed, guys could see, ‘OK, this guy is good.'”

“It was a great experience watching him grow,” Czerwiec said of Brooks. “I’m not saying he wasn’t talented to start with, but to see where he is now from where he started, just from the summer he has grown tremendously.

News from the southern suburbs delivered every Monday and Wednesday

“He always had the athletic ability, but he improved with his mental process of reading the pitch and making the right plays.”

“He’s a nice guy,” Czerwiec said. “He’s someone everyone rallies around. You need your quarterback to be that. It brings everyone together. »

When the Titans open the season on August 26 against Oak Lawn, Brooks will still be kicking. He just hopes to convert extra points after leading his attack into the end zone.

“This first game, I really don’t know what to expect,” Brooks said. “I don’t feel a lot of pressure, though. I’m just excited to be out there playing.

“It’s going to be awesome.”

Steve Millar is a freelance journalist for the Daily Southtown.