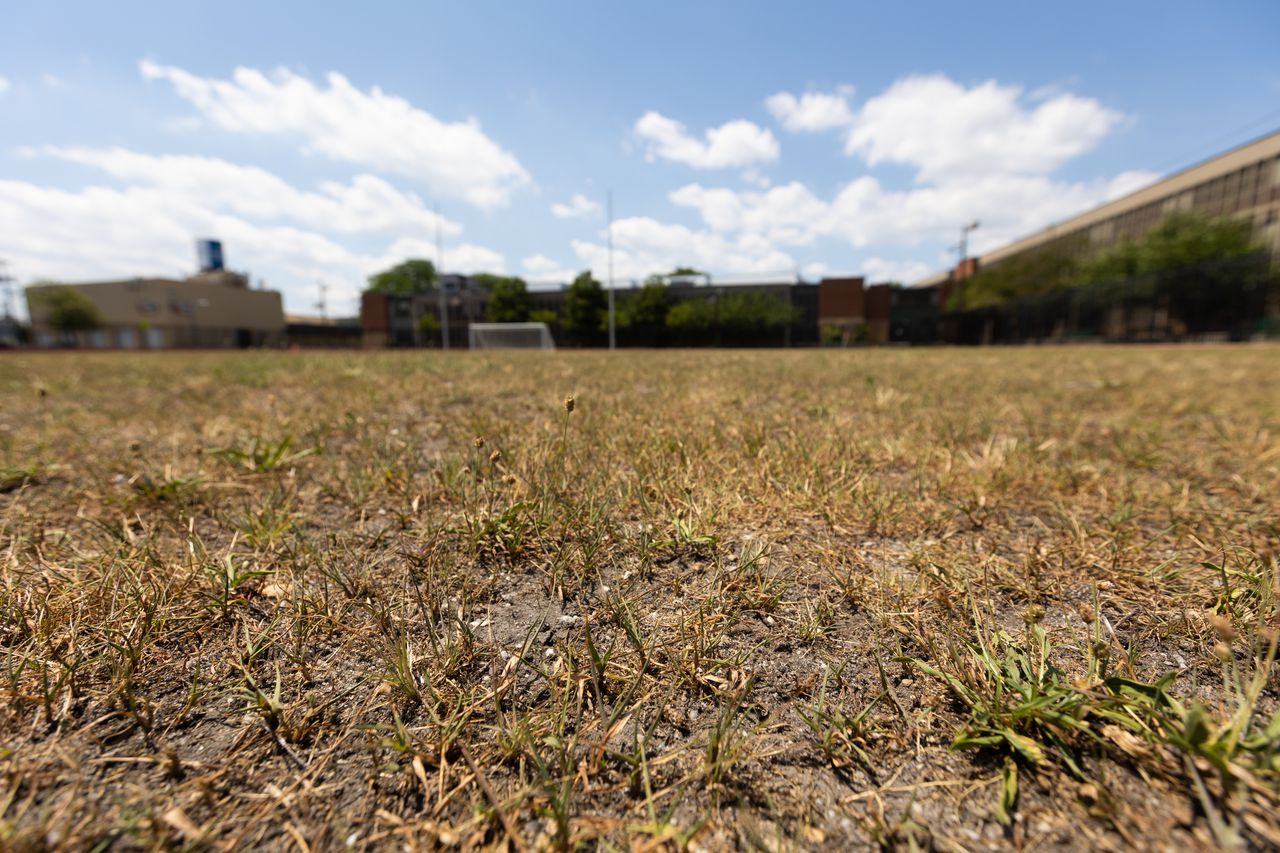 Longtime Hudson County football coaches know that the usual equipment isn’t always enough to keep players safe while playing on the Ferris High School field: in addition to cleats and shins, players would be well advised to bring a space suit.

Torn ACLs and rolled ankles are often the result of the lunar playing surface, Portillo said.

But recently there have been growing calls to replace it with a new grass pitch, and the school’s pupils are the ones leading the charge.

A petition has been circulating for two weeks calling on the Jersey City School District and its council to install a new artificial turf field and had 700 signatures as of Wednesday afternoon.

Lorenzo, a student-athlete class of 2025 at Ferris who declined to give his last name for “privacy reasons,” said he started the petition because “we deserve to have a playground. quality and we want to make sure that our student-athletes can succeed. ”

Lorenzo described the pitch as dry and bumpy, “like we’re playing on cement” when dry, and muddy with poor drainage and goose droppings on it when wet. The bare spots outnumber the grass, and what little grass there is has dried up and is dying.

Roberto Escobar, the men’s soccer head coach at Ferris for 21 years, said he was surprised to see the petition and didn’t know in advance. But he agrees that the field needs an upgrade.

“In the summer it’s not great, but once we start the season and it starts to rain and (there are) puddles, we have to cancel games because of that,” did he declare.

Escobar said the state of the pitch hasn’t changed much during his tenure as head coach. He blamed a poor irrigation system for the lack of grass.

Portillo said he hates playing on Ferris’ court. “When I have to play there, I send my kids to have their ankle doubled,” he added.

Throughout the county, Ferris is kind of an outlier for not having a grass pitch. Dickinson plays on the grass pitch at Lincoln Park, and high schools like Kearny, Bayonne, Union City and Harrison also play on the grass, Portillo said.

Lorenzo said many Ferris students talk about the need for a grass pitch and the online petition seems to have the support of teachers, alumni and even local sportscasters.

Jersey City Board of Education chairman Gerry Lyons and school district superintendent Norma Fernandez could not be reached for comment. Lorenzo said he has yet to receive an official response from the school district.

For now, Lorenzo said he was “patiently waiting for good news”.