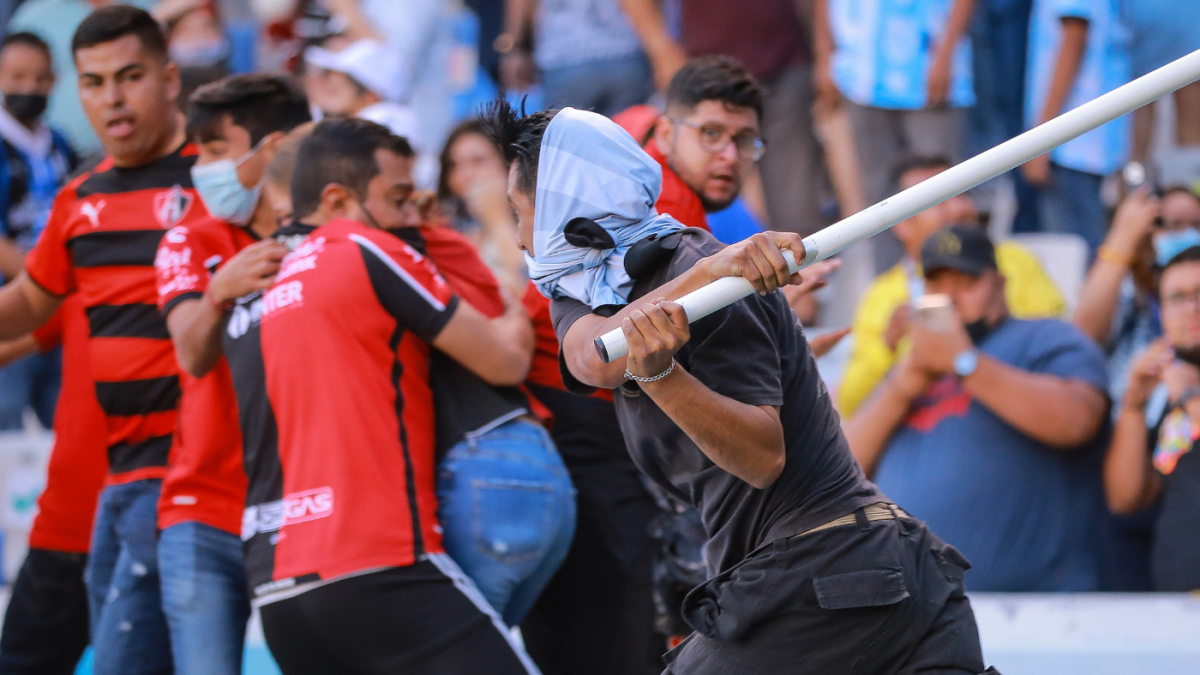 Mexican authorities said 26 people were hospitalized in a shock brawl at a Mexican soccer match on Saturday. The Liga MX tie between Querétaro and Atlas saw the match postponed after fans stormed the pitch with violent clashes on the pitch and in the stands.

Posts on social media showed bloodied bodies lying inside the stadium, with some people continuing to attack those who were unconscious at the Querétaro stadium. Parents of children were seen rushing their children out as fans grabbed chairs and polls to use as weapons during the scrum.

FIFA released this statement on Sunday:

FIFA is shocked by the tragic incident at La Corregidora stadium in the city of Querétaro during the match between Querétaro and Atlas. The violence was unacceptable and intolerable.

FIFA joins the Mexican Football Federation and Concacaf in condemning this barbaric incident and encouraging local authorities to bring swift justice to those responsible. Our thoughts are with all those who have suffered the consequences.

Once again, FIFA would like to emphasize that violence should absolutely have no place in football and we will continue to work with all parties to eradicate it from our game.

According to the Mexican media Sopitas, The government of Querétaro said on Sunday that there were 26 people hospitalized, three in critical condition and 10 with less serious injuries. Additionally, no arrests were made.

“The violence at La Corregidora Stadium in Querétaro is unacceptable and unfortunate,” Liga MX said on Twitter. “Those responsible for the lack of security in the stadium will be particularly punished.”

Reigning Liga MX champion Atlas led 1-0 before the game was suspended in the 62nd minute. The Liga MX Disciplinary Committee announced that they had opened an investigation into the situation.

All of Sunday’s Liga MX matches have been postponed.