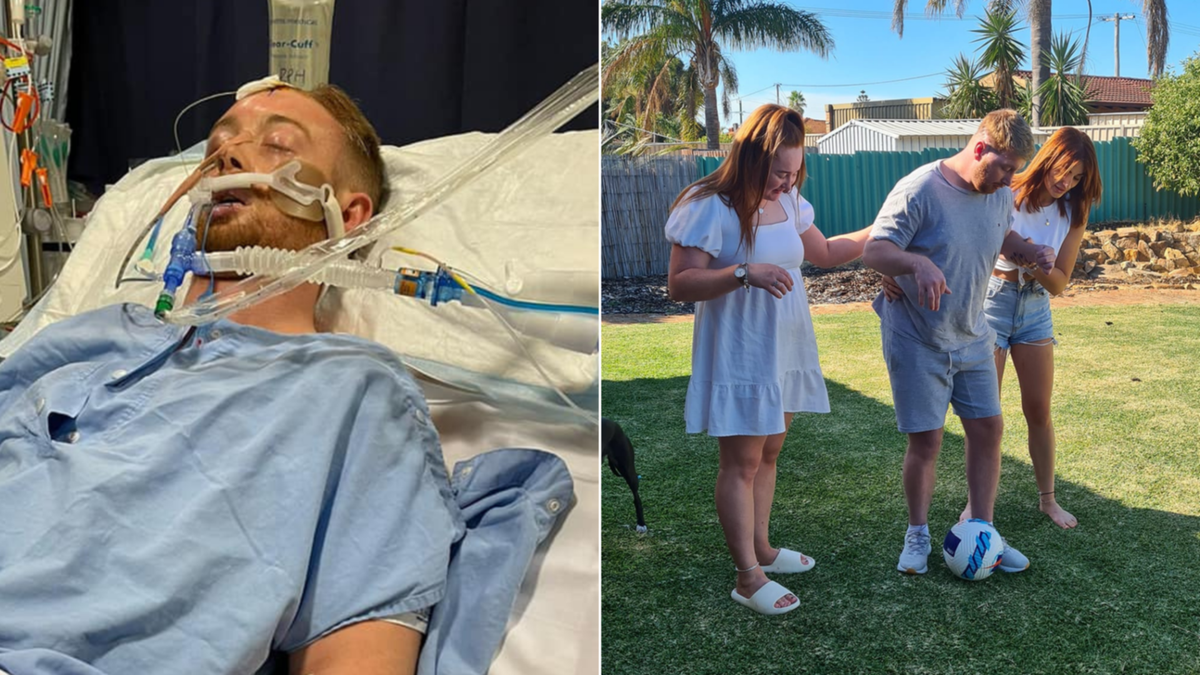 Western Australian footballer Danny Hodgson, who fought for his life after a brutal one-punch attack caused catastrophic brain damage, was filmed playing the sport he loves in a heartwarming new video.

Hodgson’s life changed forever when he suffered an unprovoked attack in Perth in September.

But much to the delight of his family and supporters, he was finally discharged from hospital last month to continue his rehabilitation at home.

Hodgson was once again pictured with a football at his feet, with mum Nicola sharing a touching video of her son playing the sport he loves.

“Today’s physio is… football!” she wrote on social media this week.

“This boy won’t let anything hold him back.”

Danny Hodgson back with a football at his feet again

The England-born footballer was walking through town alone and vulnerable after a night of drinking when he suffered the merciless blow that left him unconscious.

His 17-year-old attacker was sentenced last month to just under four years in prison for the brutal attack.

The shocking assault shattered the world of family, as Hodgson’s parents rushed across the world to join him. They have been in Perth ever since.

Hodgson is fighting a long road to recovery and has undergone several surgeries over the past six months, including having a piece of his skull reattached.

He had to relearn basic functions as if he were a newborn.

“So great to see you again with a ball at your feet Danny,” one woman wrote.

“Danny you are just amazing you have courage and determination,” said another.