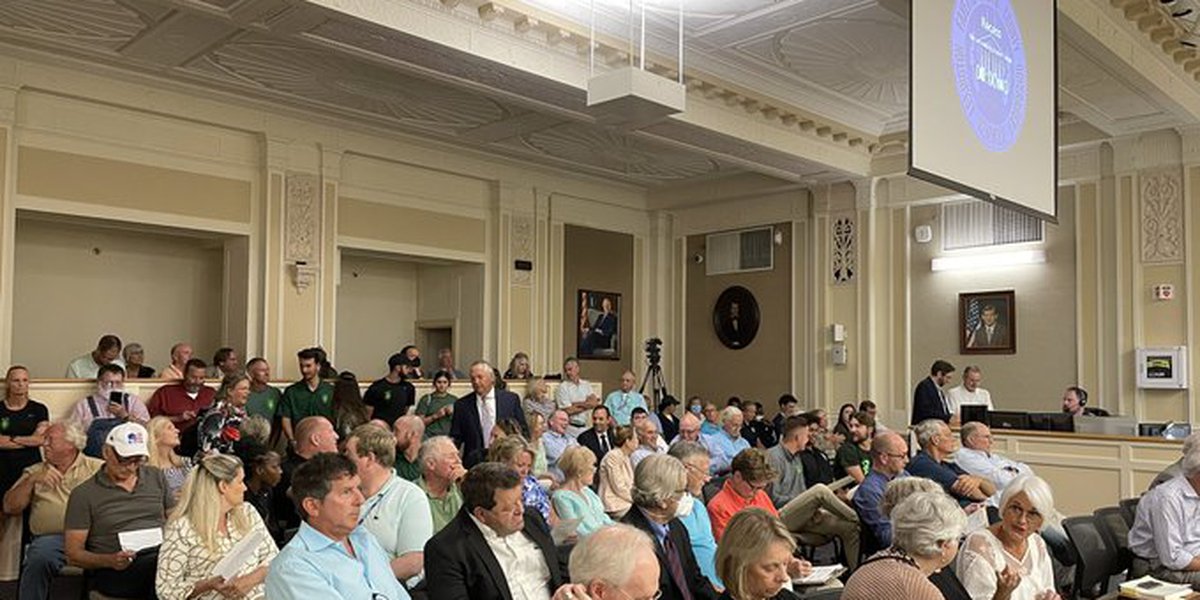 LEXINGTON, Ky. (WKYT) — After hours of debate, the Urban County Board of Adjustment has approved a proposal for the first phase of Lexington Sporting Club’s new soccer complex.

Tuesday’s meeting lasted six hours. We have heard many people in favor of allowing the Lexington Sporting Club to build its youth sports complex with 12 football pitches.

They cited potential economic development and opportunities for young athletes, while we also heard from many, many who were against it, fearing too much traffic and noise.

“I don’t drive in this town and I don’t see a bunch of footballs. I see horses, statues of horses, showing that this is where horses are supposed to be. That your town is all about horses,” said Ginny Ray Hogan, who is against the proposal.

“There are other suitable locations within the Fayette County Urban Services boundary. There are hundreds of undeveloped or underdeveloped acres here within the boundaries of urban services,” said Adam Clear, who is against the proposal.

Lexington Sporting Club has filed plans to build a 6,000 seater stadium and youth football complex with 12 pitches and 750 parking spaces between Newtown Pike and Russell Cave Road. It is land on which there is now a horse farm and land surrounded by many other farms.

It was against this place that dozens of frustrated people spoke out before the Urban County Adjustment Board on Tuesday night.

A zoning change would be required to build the stadium there, which the council approved.

Just as people spoke out against, others spoke out in favor of the potential for economic development and youth sports.

“I had a degree. First generation because of sport. I didn’t grow up thinking I was going to go to college, but I had to go to college to play my sport,” said Richard Shadwick.

“Watching this group over the last 30, 40 years here in Lexington, in this sport, it’s amazing where they’ve come from at that point. There’s definitely a need for something like that,” said Kenny Nusbacker.

The entire project will be privately funded and will not use any public money.

There will be another meeting to discuss the club’s next construction proposal in July.