CCC volleyball teams get out the brooms; Southington football, field hockey pop 4 each 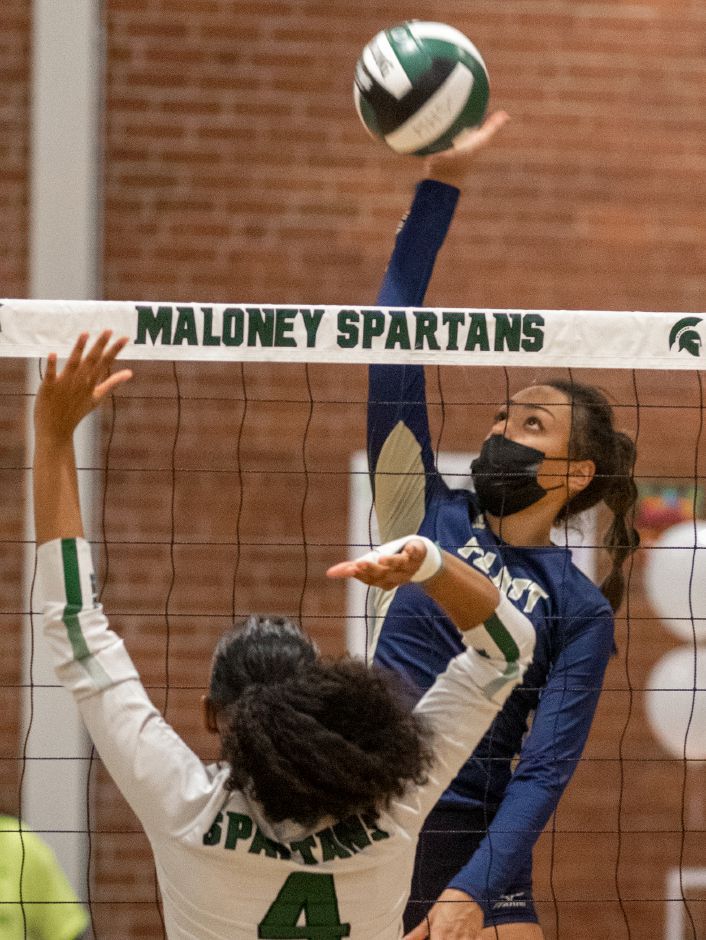 Platt, Maloney and Southington have all won division games via sweep. The Panthers beat Middletown, the Spartans choked out Lewis Mills and the Blue Knights KO’d Simsbury.

Platt remained undefeated with his win. The Panthers are now 5-0. Maloney is 3-1, Southington 4-1.

As for the Blue Knights, they won 25-21, 25-15, 25-20 in Southington. Haley Weiner spread out his 30 assists, with Cami Wessels making nine kills and Alyssa Ferreira and Gabby Ferreira getting eight apiece.

Southington 4, EO Smith 0: The Lady Knights took a 2-0 lead in the second quarter, then doubled it in the third to shut out the Panthers in this CCC game at Southington.

Lilli Doran, Makayla Winegar, Nikki DePodesta and Ella Huard found the bottom of the cage for SHS. On the other side, Morgan Lasek made five saves.

Friendship 2, Sheehan 0: A pair of goals from Riley Zielenski – one in the first quarter and one in the third – led the Spartans to victory for CSC at Wallingford.

Bean Rizzuti and Carly Silbert had the assists, while Amity goaltender Erin Callahan made six saves in net.

Rilee Reutenauer made 17 saves for Sheehan.

Southington 4, Platt 0: The Blue Knights scored twice in each half to earn the CCC crossover win at Meriden.

Farr’s goal was a 25-yard laser from a corner kick. Longo was at the far post to drive home a pass from Evan Jekubovich.

Platt started the second half strong and kept the Blue Knights in check until 20 minutes from time Noah Panarella played a through ball to Tommy Bissoni, who ran behind his defender and finished with a shot that bounced off the leg of Platt’s keeper.

Cirikovic capped the scoring with a direct kick from outside the box.