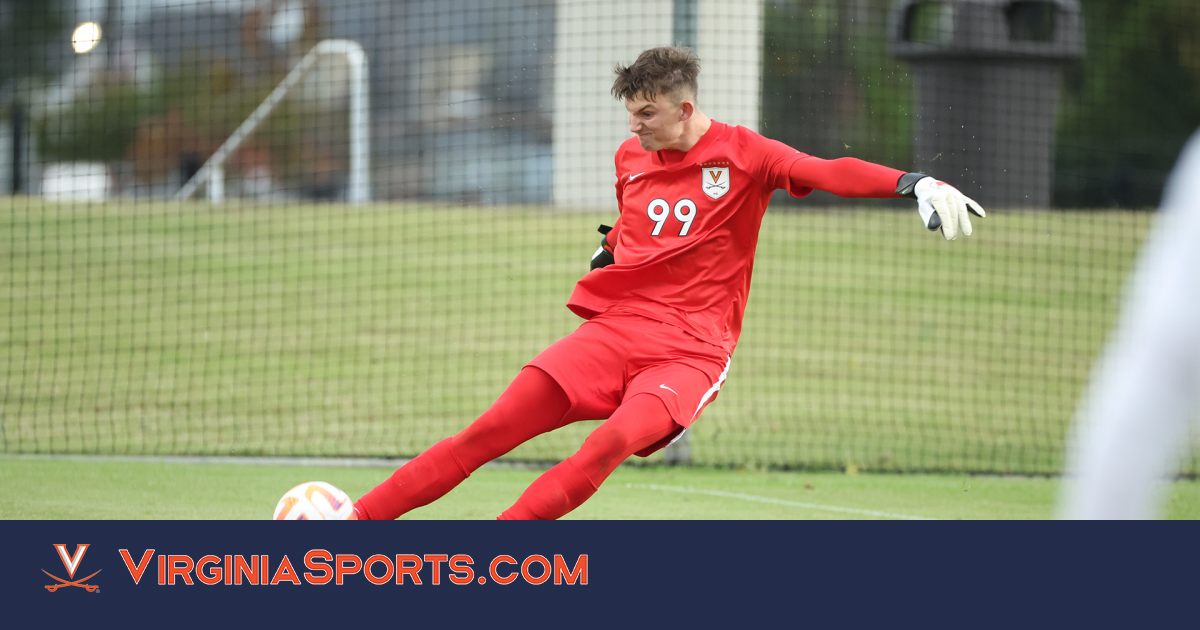 CHARLOTTESVILLE, Virginia – Coming off a season-high nine save performance in a 1-0 ACC Quarterfinal win over No. 24 Pitt, Virginia goaltender Holden Brown was announced Tuesday (Nov. 8) as the player of the week from Top Drawer Soccer. Brown was also included on College Soccer News’ Team of the Week.

In a hotly contested battle with Pitt in a rainy Klöckner Stadium, Holden Brown proved to be a deciding factor for the Cavaliers. The Virginia keeper set the tone early with a pair of saves in the opening minutes and remained a reliable presence between the posts for the duration of the game.

With Virginia protecting a fragile 1-0 lead, Brown was tested in the closing stages of the game. Pitt’s Rodrigo Almedia fired a shot intended for the corner of the goal, only to meet a strained and pushed back Brown, but the danger was not averted as the ball fell on Pitt’s Lucas Rosa. With another chance fired at the net, Brown was there once again to force it over the bar and hold the lead that put Virginia through to the ACC Tournament semi-finals.

Brown recorded a season-high nine saves, surpassing a previous high of six that was also set against the Panthers. His total was just shy of his career best. Brown’s shutout was his eighth of the season, which is tied for second among ACC goaltenders and sixth in the nation.

Brown earns national recognition for the first time in his career after being named ACC Co-Defensive Player of the Week on Sept. 27. He becomes the second Cavalier to be named Top Drawer Soccer’s Player of the Week this season after Phil Horton was selected. the 3rd of October.

The Cavaliers travel to New York to take on second-seeded Syracuse in an ACC Semi-Final game on Wednesday, Nov. 9. Kick-off is scheduled for 5 p.m. at SU Soccer Stadium.