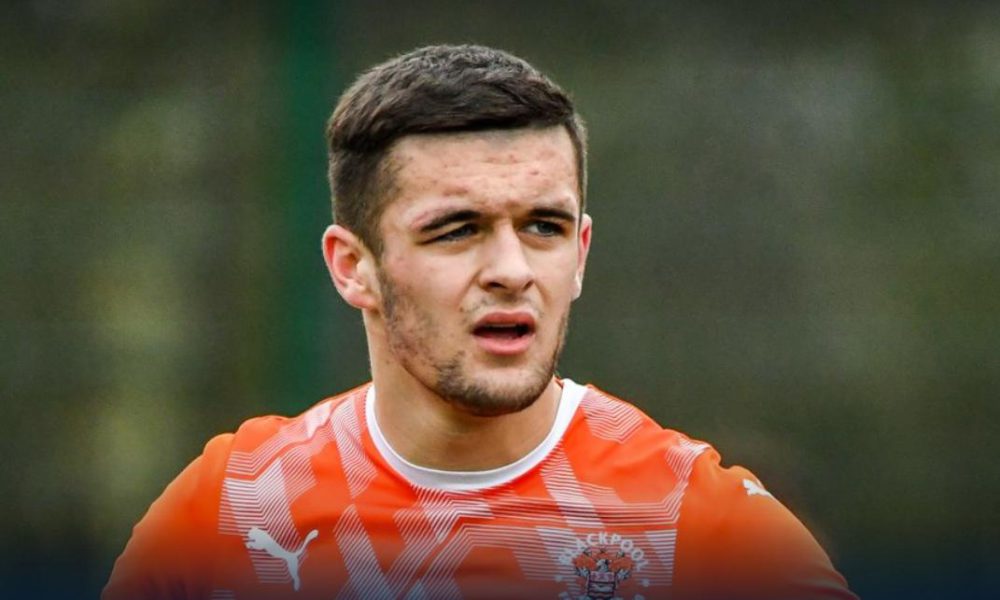 PHILADELPHIA — Ryan O’Callaghan, who retired from the National Football League due to injuries for more than a decade, has abandoned his original plan for his post-retirement years: to end his life.

Instead, the former New England Patriots and Kansas City Chiefs tackle finally addressed the secret he kept from almost everyone. Five years ago he revealed he was gay and had become addicted to painkillers.

“I don’t want to oversimplify it, but I think you have to first figure out why you’re abusing drugs, which I abused because I hated myself and was paranoid about ‘being gay,” O’Callaghan told the Los Angeles Blade. “I fixed that, which then made it easier to quit. I was on painkillers, so there’s a chemical dependency, and you have to be responsible to get rid of that. But not relapsing is what solving the problem helps not to do.

The 38-year-old Redding, Calif., native shared his story Thursday in the main event of Drexel University’s conference, A Catalyst for the Cause: Fostering Greater Equity in Sport. O’Callaghan not only thought back on his own exit, but also had some thoughts on LGBTQ players in the NFL now. Recently released defensive end Carl Nassib and free agent RK Russell aren’t the only ones, he said.

“Two more players are on the way out, probably this offseason,” O’Callaghan revealed in his chat with Drexel senior Zeke Goldsmith, a fellow Californian fresh off his own interview with D.Gil. Oakland. O’Callaghan said he knows other retired football players who are living their truth or taking action towards that goal line.

“There are a lot of guys who have come out and haven’t come out publicly, so they live their lives as openly gay men. They just didn’t write a book or anything,” said O’Callaghan, whose own memoir, My Life on the Line: How the NFL Almost Killed Me and Ended Up Saving My Lifewas published in 2019. All proceeds from his book go directly to fund the charity he started, the Ryan O’Callaghan Foundation, which is dedicated to creating more opportunities for LGBTQ+ athletes and fostering a sense of community among players.

“There has been more progress than I think people really know,” he said. “I talk to a lot of these people and say, ‘You don’t have to do it publicly, just live your life.’ And a lot of people did.”

When Nassib announced he was gay in a 2021 Instagram post, O’Callaghan noted that it was a far different experience than Michael Sam had before the 2014 NFL Draft.

“They took a lot of honest steps to do better. You know, at first their support of The Trevor Project and GLAAD was kind of lazy. You know, they just wrote a check and that was it,” he said. But O’Callaghan said even last February’s Night of Pride and last year’s “NFL is Queer” commercial, the league still wasn’t doing enough.

“I still think they need to do more to reach the players in the locker room because a nameless, high profile person coming out would have more impact than I think a lot of those things combined,” he said. he declares. over 60 students gathered, so many that the university’s large assembly hall ran out of seats and there was only room to hear O’Callaghan.

His recommendation to the authorities: Invite gay NFL players back into the locker room to share their experiences, which he says hasn’t happened since Esera Tuaolo visited in his freshman year.

During the Q&A, O’Callaghan was asked if the NFL should do more to counter anti-LGBTQ legislation, such as anti-trans inclusion laws and parental rights ‘Don’t Say Gay’ laws. “.

“It would be great for the Miami Dolphins to take a stand like Disney did, but honestly, I just don’t see that happening,” he said. “The influence of the NFL might change some things, but I also think a lot of these bills are just trying to fix a problem that doesn’t even exist in the first place.”

After the event, O’Callaghan explained this in a conversation with the Blade. “For a long time the NCAA tried to do the right thing. They made the rules, people followed the rules and they can participate. That’s what it is,” he said,

Kate Scott, from Clovis, Calif., also spoke to the students.

Scott was hired last year to be the play-by-play voice of the Philadelphia 76ers. She reminded the students that during her interview, she listed all the reasons why the team shouldn’t hire her.

“I’m not just a woman,” Scott said, “I’m from across the country and I’m gay. Like, how’s that gonna work? They had the most wonderful response and they said, “Kate, if you get that job, it’s because you’re the best animator, period. That’s what we’re trying to honor. It doesn’t matter what that person looks like, whether they’re male or female. wife. It doesn’t matter who they’re married to. We don’t care about their religion. We don’t care. We want the best broadcaster who will hopefully guide us through the next 20 years of 76ers basketball. .

Scott told The Blade his advice to students is to “find your branch.”

“There’s no scale in this industry, as I’m sure you know. There’s just what I like to call an oak tree with a bunch of branches that you just have to get out on a branch and see if that’s a good place to start. If not, go back to the vault and go out with another,” Scott said. “The more I talk about people who represent all the different communities who work in sports media or just media in general, like our friends who work in news, weather and all different aspects of sports, it’s really small. Work real hard. Push yourself like, Ryan said, don’t go out there looking for credit. Try to be the best. To come back to the sport, try to be the best team player.