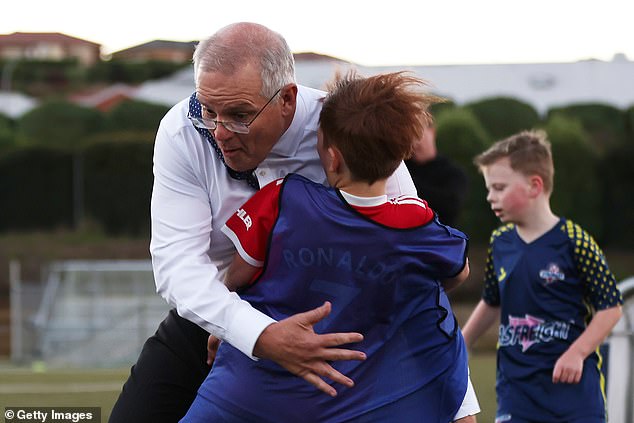 Prime Minister Scott Morrison accidentally knocked down a child during a football match while on the campaign trail.

Mr Morrison was visiting Devonport Strikers Soccer Club, which is in the constituency of Braddon in Tasmania, on Wednesday.

Just days ago the Prime Minister candidly admitted he was “a bit of a bulldozer”.

Although he argued this has been an important trait to have in recent years for a political leader, especially with global factors – from the rise of China to the Covid-19 pandemic – impacting so heavy on Australia.

Prime Minister Scott Morrison accidentally knocks over a child during a visit to Devonport Strikers Soccer Club, which is in the electorate of Braddon, on May 18, 2022

The Prime Minister was visiting the Devonport Strikers football ground as he pledged $3.5million for a new stand as well as improvements to the pitch and lighting.

He could see the funny side after the confrontation, telling the parents that he might be able to help with the construction work.

“I think when that grandstand comes down, I hear it might take a bit of a bulldozer to bring it down, so maybe I could help with that,” he said.

The then Mayor of London had taken to the pitch, also in dress shoes and tie, for an impromptu game while in Japan for a trade visit – later posing for photos with the unharmed boy .

Former 2021 Australian of the Year Grace Tame said she hoped the young boy who suffered the accidental tackle would not be affected.

“As much as I like to take the mickey out of politicians, I can’t help but feel for the young boy who was just tackled to the ground,” she said.

“While his image is reappropriated for jokes and footage of his downfall is replayed around the country, he’s probably too young to figure it all out.”

“I hope he is doing well and has lots of love and support around him.”

On Wednesday evening, ABC reporter Patricia Karvelas retweeted a message from the Prime Minister, who told his followers that ‘young Luca is a good sport’ and that the youngster was in ‘good shape’ after making contact with his mother Ali about her well-being.

Mr Morrison recently vowed to change his ‘bulldozing’ habits and better ‘listen to Australians’ and added he has what it takes to continue leading the country beyond Saturday’s election.

The Prime Minister hailed his election victory in 2019 as a miracle, but opinion polls suggest he will need a second miracle to stay in power.

Three years ago he attributed the narrow victory to “silent Australians” endorsing the economic and national security record of the Liberal-National coalition. 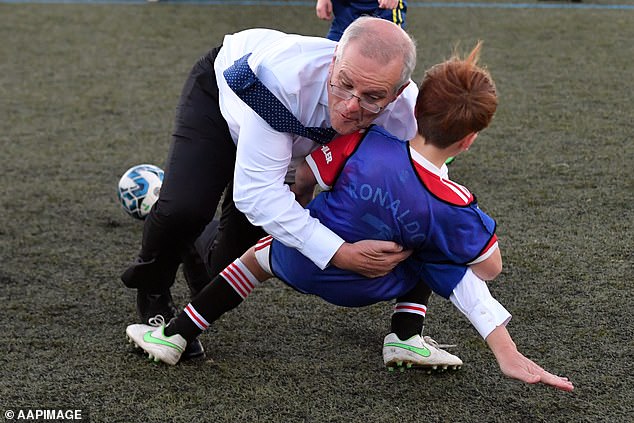 But some of those quiet Aussies have become grumpy Aussies.

Interest rates are rising for the first time in nearly 12 years, inflation is at a record high of 5.1% and wages are not keeping up.

While political leaders talk about cutting electricity bills and making housing more affordable, that’s not the real experience of grumpy Australians in the marginal seats of the outer suburbs.

In the pre-election budget and throughout the campaign, Mr Morrison sought to bulldoze those in the ‘grumpy’ category into the ‘silent’ column with promises of cheaper fuel, cash payments and cuts income tax.

But if the polls are to be believed, it seems the marketing skills of the former Tourism Australia boss – who was behind the controversial ‘Where the hell are you?’ campaign – have not been enough to stop an exodus of coalition support to Labour. 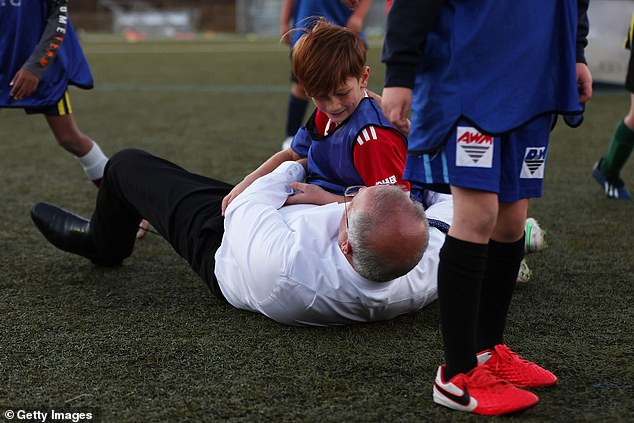 A 54-year-old father of two children, he found it necessary to define himself one week before election day as a “bulldozer”. His self-proclaimed approach would already be known to most voters.

Having had a successful stint as state director of the NSW Liberal Party, he was elected in 2007 for Cook’s NSW seat.

After the defeat of the Labor government in 2013, he rose to prominence leading Operation Sovereign Borders as Immigration Minister to then Prime Minister Tony Abbott.

During a nine-month term as social services minister, Mr Morrison was forced to sell the Abbott government’s deeply unpopular 2014 budget, which came with a cocktail of deep social cuts.

However, he was more pragmatic in the role of treasurer, back-flips on a series of unpopular government policies, including increased Medicare levies, superannuation changes and tax cuts for big business. 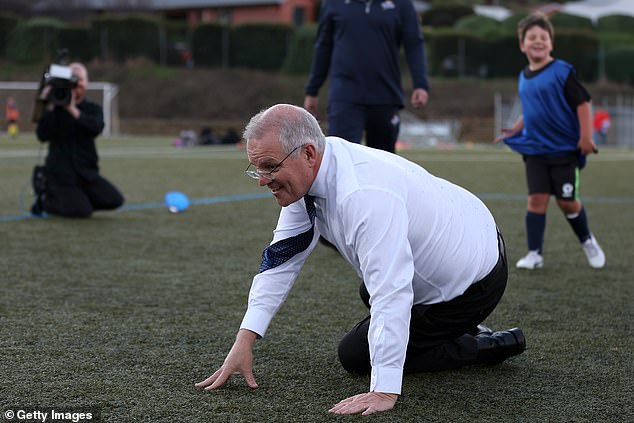 Labor has made much of public perceptions of Mr Morrison’s tendency to say one thing and do another.

Even members of his own team have questioned his integrity, with outgoing Liberal NSW Senator Concetta Fierravanti-Wells describing him in a parliamentary spray as “unfit for office”.

The Prime Minister has spent much of the last term dealing with the fallout from Covid-19.

When the first case of coronavirus was confirmed in Melbourne in January 2020, it was already in the grip of disaster, facing criticism over the handling of a response to the bushfire season which has been the subject of a royal commission.

In September 2020, the economic impact of the pandemic was highlighted, with Australia entering recession for the first time in almost 30 years. But it has since rebounded thanks to billions of dollars in government support. 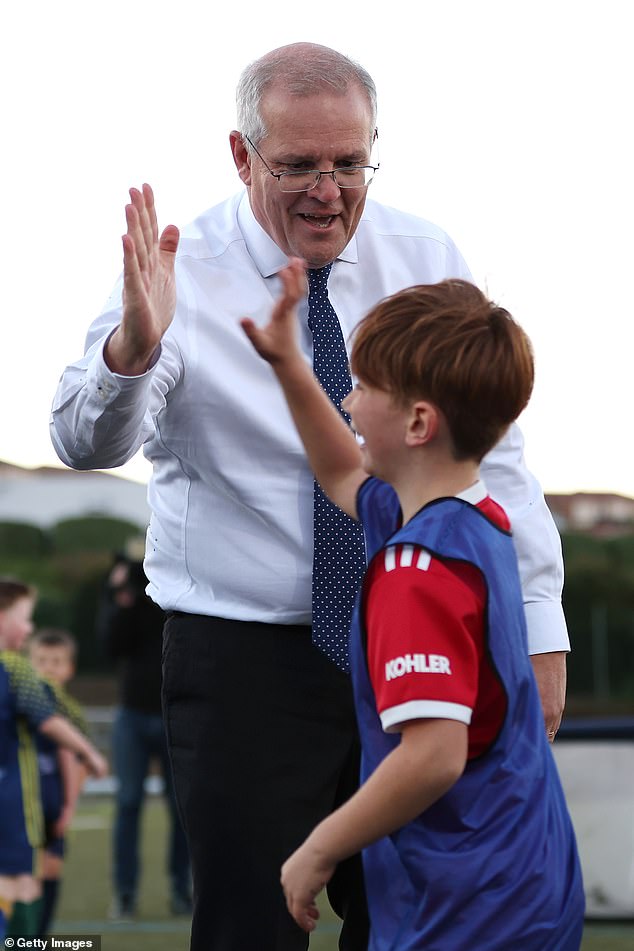 As 2021 approached, Mr Morrison’s shares began to fall and he reshuffled his cabinet with a focus on women’s safety and economic security – seen as a weak point in his government and a counterbalance to media attention to the mistreatment of women in politics.

His foreign policy credentials took a hit when he announced the abandonment of a $90 billion contract with France to build submarines, teaming up with the United States instead. and the United Kingdom for nuclear-powered boats.

And there was a further blow when the Solomon Islands announced a security deal with China, with Labor accusing the prime minister of diverting attention from the region.

Time will tell if voters put the brakes on the bulldozer.